Machu Picchu is the most famous ruin in Peru, but, the Valley of the Inca has much more to offer such as Choquequirao and the infamous Choquequirao trek.

Machu Picchu is by far the most famous ruin in Peru, and possibly both North and South Americas. However, the Valley of the Inca has much more to offer the discerning archeology connoisseur. The crown jewel of these other overlooked sites is Machu Picchu’s “sister” Choquequirao and the infamous Choquequirao Trek. Unlike Machu Picchu, Choquequirao was not thoroughly explored and excavated until the 1970s.

Choquequirao is a good distance from any sizable modern settlement, so it will take quite a trek to make it in. Rumor has it that there are plans to create a cable car to the summit, but as of this writing, there is nothing material in place. You can either take a guided trek with an interpreter (which you may need even if your Spanish is your native language or otherwise perfect, most locals speak Quechua as their first language) or if you’re short on cash and a very experienced trekker, take the trek solo. Don’t forget to give yourself a couple of days in Cusco to get used to the altitude, as altitude sickness will quickly ruin your trek otherwise. 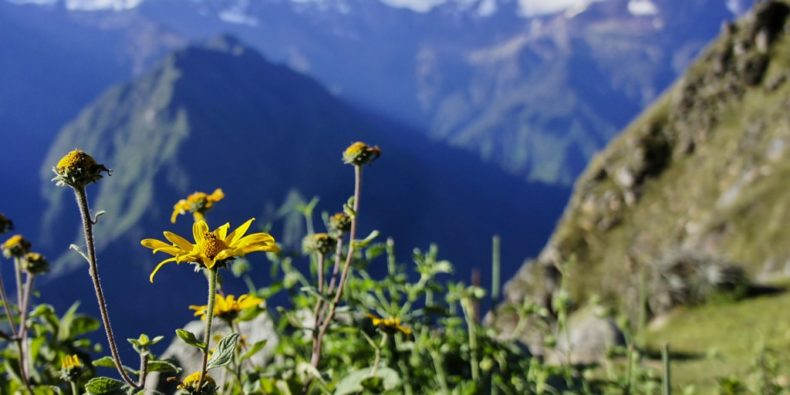 From Cusco you’ll need to take a combi or taxi to the town of Cachora. You’ll want to take a taxi from Cachora to the Mirador de Capuliyoc, a lookout point where the road ends and the trail begins. This will shave a good 13 kilometers off your trek so you have more time and energy to make it up the steep inclines and declines that characterize this route. The path may seem deceptively short on a map, but constant zigzags and steep ups and downs stretch it out into a much longer and more grueling trek than at first perceived.

There are two main potential camping sites about halfway in: First, the Playa Rosalina, the official campsite. Alternatively, if you prefer to get the longer part of your trip out of the way the first day, keep on trucking to Santa Rosa. The next day you’ll finish the journey to the ruins themselves, where you will spend the second night. 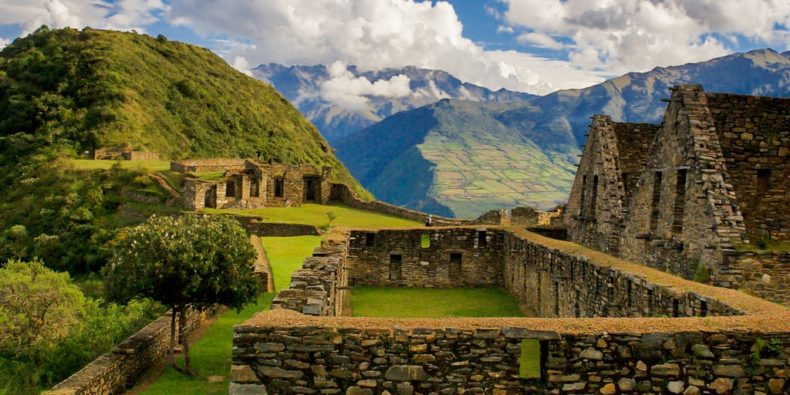 When you finally reach Choquequirao, the ruins easily rival those at the more famous Machu Picchu, without all the crowds of tourists. It is not uncommon, in fact, for travelers to have the entire site to themselves. The remains cover 18 square kilometers. On the ridges above the main part of the city the former homes of the nobility and the rich overlook storehouses, temples, and the dwellings of the common folk. 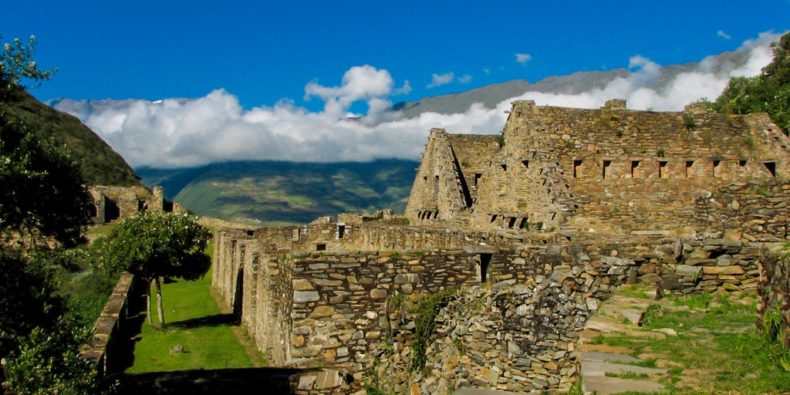 Unusually for Inca sites, there are a large number of shrines and temples centered on water, leading archeologists to believe it was an important center of worship of Mama Cocha, the goddess of springs, rivers, and the sea. Images, often of llamas or human figures, are built into the walls using lighter colored stone, and still exist as a testament to the amazing masonry skills of the Inca engineers. The city itself, much like Machu Picchu and the original Inca parts of Cusco, is aligned to the path of the stars in the night sky, which is beautifully clear this high in the mountains and so far from urban city lights. 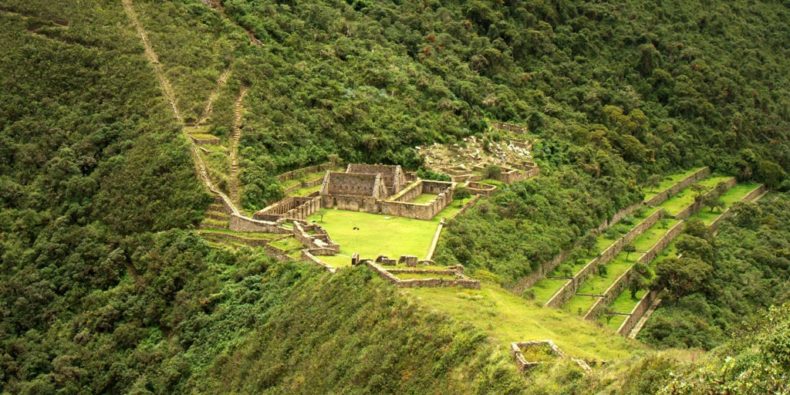 Choquequirao was one of the last holdouts of Inca resistance to Spanish rule under Manco Capac and protected Vilcabamba, the last capital of the rump Inca state until the Spanish completed their conquest. Even to this day, it has not been fully excavated or explored. As in any important cultural or archeological site, refrain from taking home mementos or souvenirs from the ruins. Remember the old camper’s adage: Take only photographs, leave only footprints.

After spending a night in Choquequirao, you’ll head back the same way you came. The trek back is as hard as coming in, but when you make it back to the Mirador de Capuliyoc, you can kick back, enjoy a Pilsen or Cuzqueña and feel proud of your achievement. Far fewer people have visited this amazing site than Machu Picchu, so you’ll become a member of an exclusive, very adventurous club. 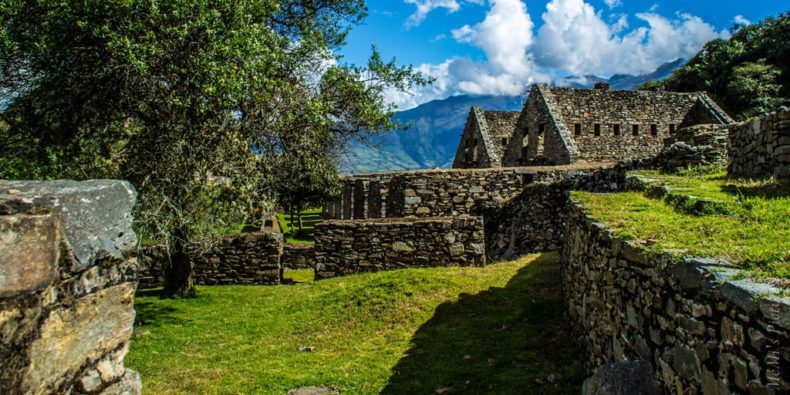 A great way to book a guided trek, including horses to carry your equipment and local guides trilingual in English, Spanish, and Quechua, to Choquequirao is through our partner, FindLocalTrips.com. Find Local Trips connects travelers with local small businesses offering tours, treks, and other activities. Everything booked with Find Local Trips is carefully screened for safety, quality, and business ethics, so your money goes directly into benefitting the local community rather than exploitive major tourism corporations.

The safest and most enjoyable way to get to Cusco from Lima is by Peru Hop’s hop on, hop off service. With stops in Paracas, Huacachina, Arequipa and Puno on the way, you can get off at any stop, spend as much time as you want exploring and experiencing the local life, and hop back on any Peru Hop bus following your route whenever you please and continue on your way.

If we are outside operating hours, we will call you as soon as we open again
Important: Our team will contact you via phone .
Note that phones operate from 9am to 7pm Peruvian time (Peruvian time now is: 02:23 pm)