Coricancha: Temple of the Sun

Coricancha, the Inca temple of the sun, with a Spanish church built on its foundations is one of the most unique places to visit in Cusco.

This beautiful temple can be known as Coricancha, Qoricancha, Qorikancha or Koricancha and it was one of the most important and most sacred temples of the Inca empire. Its ruins are located in Santo Domingo Plaza in Cusco. When the Spanish arrived in Cusco they destroyed most of Coricancha, and the Santo Domingo Church was built on the foundations and the remaining walls of the temple, preserving only a small part of its indigenous beauty.

The word “Coricancha” is formed through a combination of two Quechua words: “quri” meaning worked gold in English, and “kancha”, which means temple, or place enclosed by walls. This suggests that the name of the temple roughly translates to “Walls of Gold”.

Coricancha was the center of Cusco, in more ways than just geographical. It was also the religious center, as a sacred place where appreciation was shown for Inti, the Inca Sun God. In fact, it was the only temple that existed only for religious ceremonies and was the most sacred temple of all the Incas. To enter the temple, worshippers needed to have been barefoot, fasting and carrying a heavy load upon their back as a sign of humility to the god.

Many historians have written that once the Spanish arrived in Cusco they were blinded by its grandeur, every wall was covered with a layer of gold, and there were dieties everywhere to celebrate the different gods of the Inca Empire, such as a silver depiction of the Moon Godess. The concentration of the precious metals made the whole area shine. There were animal figures made entirely from gold filling the gardens, the Spaniards had never seen so much gold in one place before. Most of these pieces were sent to the King of Spain as a ‘thank you’ for allowing the expeditions to South America to take place. 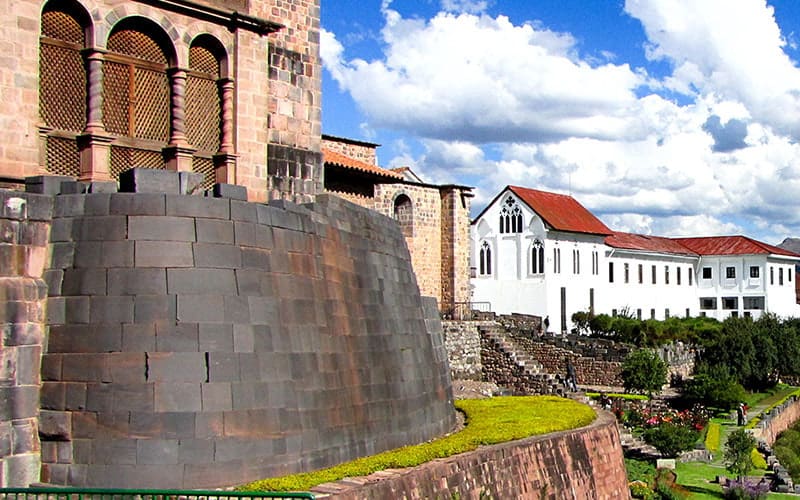 The walls of Coricancha are made from indigenous rocks named calcite and andesite, giving the structure the perfect finish that is expected from Inca architecture, and which also means that the structures stand up to not just time, but natural disasters. The temple has survived not one, but three different major earthquakes that have rocked Cusco.

The Inca leader, Huayna Capac, gave special importance to the temple and so ordered all rich citizens to travel there. This led to a concentration of powerful people in Cusco and eventually strengthened the empire and allowed for favourability to the state in revolutionary movements.

The Temple of the Sun

Of all of Coricancha, the Temple of the Sun was the most important. In fact, it was so large that it took up more than half of the Church of Santo Domingo, which stands in its place today. In this temple, even today you can see the embalmed bodies of the Children of the Sun, which rest on chairs made of gold, placed at a golden table. There were several mummies found here, and before it was destroyed, it was believed that the temple was protected by Mamaconas, the priestess of the Sun. Sadly, most of the temple was destroyed by the Spanish to build the church. 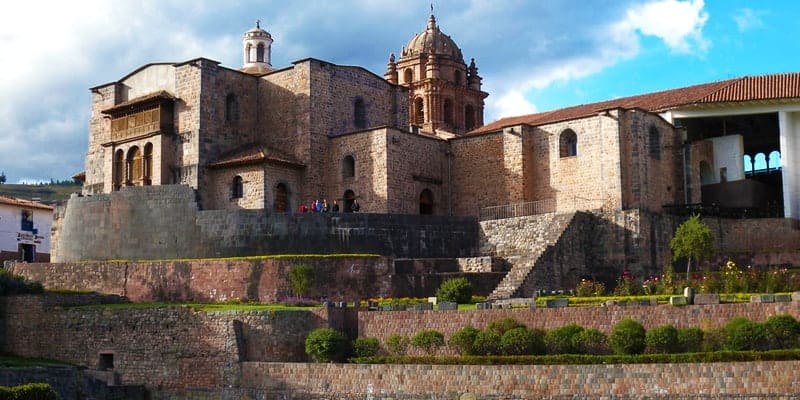 The Temple of the Moon

Not far from the Temple of the Sun rests the Temple of the Moon. Considered to be the wife of the sun, the Moon Temple was an important part of Coricancha. The temple itself radiated beauty- lined with silver and decorated with representations of the moon. Sadly, the majority of this temple was also destroyed in order to make room for the Spanish church.

The Temple of Venus and the Stars

As the Sun was God and the Moon was his wife, so the stars were the daughters of the Inca, and servants to the moon. The temple to celebrate the stars was close to the moon but was separated by a small alley, dedicated to Venus. The Temple of the Stars is where the Inca was divinized for festivals, ceremonies, and sacrifices, which took place in the courtyard.

The rainbow was also worshiped by the Incas and had a dedicated temple as well. The Inca believed that rainbows were produced by the sun. Sadly, most of this temple was also destroyed in order to make room for the Dominican Convent buildings.

The Solar Garden became almost a warehouse for the offerings brought by the subjects to honor the Sun God. Consisting of many things such as flowers and other foliage brought from Tahuantinsuyo. Research has suggested that these offerings were made of gold and silver. They were so plentiful that they filled the huge garden. During Colonial time it became Dominican friars’ garden.

In the original Coricancha there were 5 different fountains and the origin of the water was a secret. Each fountain held a different religious significance, and in true Coricancha style, were decorated with beautiful metals. 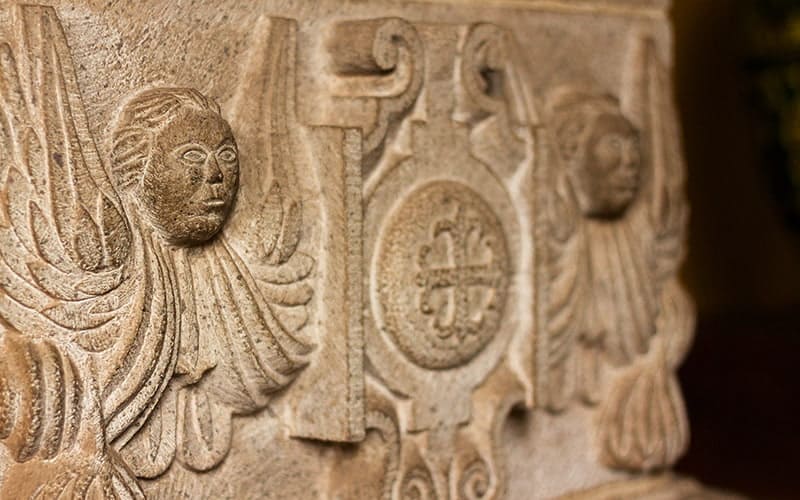 Admission times to the Temple are:

Coricancha is a place that you definitely can’t miss in Cusco, not just for its amazing constructions, but for the historical treasure adorning its walls. Discover the hidden magic of the most important temple in the Inca empire. Check our complete guide to Cusco for even more information on what to see, where to stay, and much much more!

If we are outside operating hours, we will call you as soon as we open again
Important: Our team will contact you via phone .
Note that phones operate from 9am to 7pm Peruvian time (Peruvian time now is: 10:23 am)