With such a large number of people visiting from all over the world, Lima City undoubtedly sees a huge amount of people coming and going from year to year. For this exact reason, Lima has to be able to facilitate people of different nationalities. As people from other countries use foreign currencies, they must be able to change their money into Peruvian Soles.

While many travelers find themselves fretting over the prospect of changing large amounts of money in foreign cities, you need not be worried in Lima! Currency exchange in Lima is extremely simple and safe. Follow our brief guide below and you’ll be changing money in Lima in no time!

Listed below are the post popular places for exchanging money in Lima: 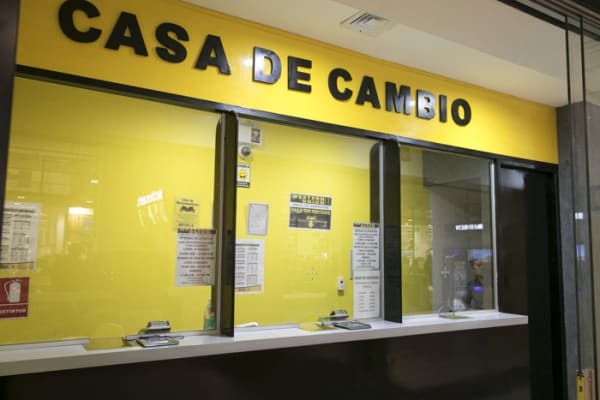 The exchange houses, or casas de cambio are very similar to almost all exchange houses that you will find around the world. They operate identically as their sole purpose is to exchange money. The exchange houses do this at the correct rate. They can be found throughout the city and they are often some of the safest options for changing large amounts of money.

Like most airports, you can find booths for currency exchange in Lima Airport. We DO NOT recommend making your currency exchanges in the airport as the rates are often very inaccurate. This rule applies all over the world as airports are renowned for charging extortionate rate on currency exchange.

If you have no choice and need to exchange money immediately, we recommend only doing so in small amounts to avoid losing more money than necessary. As you can find better rates throughout the city, we recommend visiting one of our other suggested exchange spots.

Yes, banks will provide currency exchange in Lima. Many people believe that this method of changing money requires a lot of effort. In reality, the process is quite straightforward and stress-free in Lima. In the tourist-friendly area of Miraflores banks will always have the correct exchange rates along with English-speaking workers. If you want to exchange a less-popular global currency, then banks are most likely your best option. ATMs in banks usually give reasonable exchange rates when you use a DEBIT CARD. Sometimes you may be charged a fixed amount of soles for this transaction.

Street money changers – They do exactly what it says on the tin! They’re people who can be found on the sidewalk with a select few currencies on-hand who will calculate the exchange rate and change your money for you. The currencies that these workers operate in are Peruvian Soles, American Dollars and Euros. While this is a foreign concept to most backpackers and travelers and may seem unsafe, it is actually one of the most conventional ways to change your money in the tourist area of Miraflores.

The cambistas are registered with the city, have a QR code to confirm that they are legit and maroon vests so that they stand out. As a whole, the process is usually a safe, seamless one. However, be cautious when making these transactions as cambistas have in the past been the targets of robberies due to their location outside. We recommend only exchanging small amounts of money with the cambistas as a way to minimize risk. As a general rule of thumb, we recommend not carrying large amounts of money unless it is an absolute necessity.

Not all hotels and hostels offer this service, but luckily, lots do! This is one of the easiest and most convenient places to exchange your money, but on the downside, the rates are usually not the best! It’s a quick fix for when you need an immediate change of currency, but we would definitely recommend opting for one of our other options when at all possible in order to make your exchange at a better rate.

Things to Keep in Mind:

Counterfeiting: When it comes to making a transaction in Peru, 9 times out of ten, the person accepting your money will check the authenticity of your bill. This is common practice in Peru as counterfeiting is a rampant practice. It is often extremely difficult to determine whether a bill is real or not, especially for tourists! We recommend brushing up on your knowledge of Peruvian currency before taking your trip.

Ripped Bills: Banks in Peru and therefore, most stores in Peru are extremely strict on accepting torn notes. Both storekeepers and cashiers often refuse notes that have been ripped or that are in bad condition. If you happen to receive a note that is in bad condition from a clerk following a transaction, kindly request that the note be swapped for one in better condition.

Well there you have it! Follow this guide and you should have no trouble finding the right place for currency exchange in Lima! Best of luck on your travels and we hope that you have a fantastic time in The City of Kings!