2021 Updated: All about the history of Fiesta de la Candelaria, what happens during the festival and a day by day schedule for 2021!

Every year, at the start of February, ‘Fiesta de la Candelaria’ is celebrated in Puno, South Peru. This is a festival full of culture, dance and music which brings together the catholic faith and Andean religion in homage to the Virgin of Candelaria. The Virgin represents fertility and purity, is the patron saint of the city and is strongly associated with ‘pachamama’ (‘mother earth’). It is this common factor of both religions that brings them together for the festival. In 2014, UNESCO declared the festival an Intangible Cultural Heritage of Humanity. 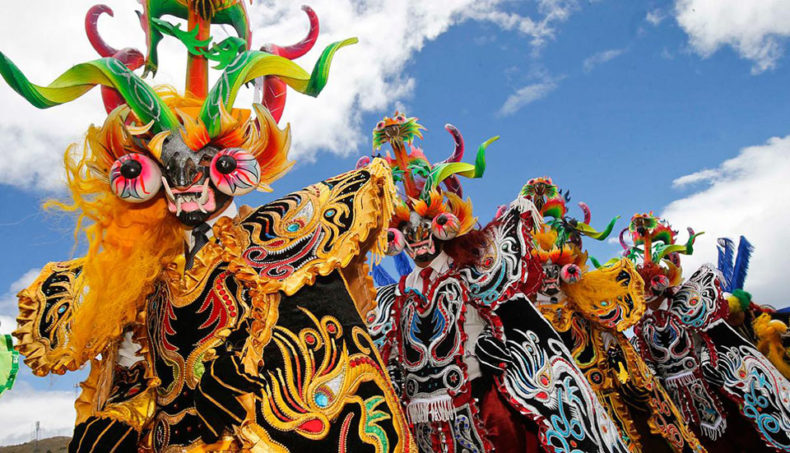 More about the festival

Organized by the Regional Federation of Folklore and Culture of Puno, Fiesta de la Candelaria is the biggest event in Peru and the third biggest event of South America after the Rio de Janeiro Carnival and Carnaval de Oruro in terms of colorful artistic costumes and culture. The festival has been celebrated without fail since 1960. Depending on the year, there can be as many as 50,000 dancers and 15,000 musicians taking part with up to 25,000 people involved in other elements of the festival such as the making of the costumes and sponsorship. Preparation for the festival begins as early as the start of December with the feast beginning on the main worship day of the festival being February 2nd. 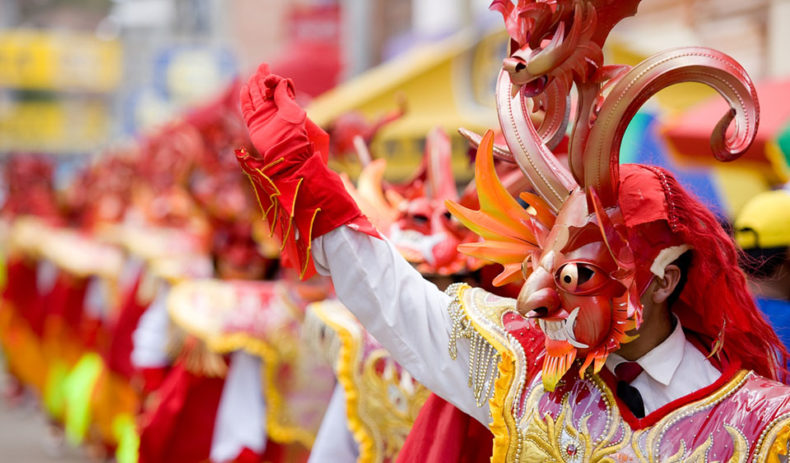 Every year, the days of the festival follow a similar schedule. This is the 2020 specific calendar for Fiesta de la Candelaria:

The ninth or liturgical ceremonies will take place at the Sanctuary of the ‘Virgen de la Candelaria’. During this period, particularly on February 1st, authorities, “K’apos” and local communities will arrive to the city. Some of them will bring herbs to a campfire that will be held after fireworks in the afternoon.

This is the main day of the festival. Masses, dances and celebrations will take place all day long from early in the morning. At 2pm the solemn ‘Procesión Virgen de la Candelaria’ will begin.

A colourful, cultural dance competition will take place as a tribute to the ‘Virgen de la Candelaria’. This is a fun celebration full of music, dance and culture. Contestants of the competition will be decorated with native outfits and eccentric masks.

Smaller dance competitions, some even without costumes will be held in the streets and squares of Puno and the place will be full of festivities. From 6pm, shows of music will begin.

At 5:00am, Masses of Albas will be held at the sanctuary of the ‘Virgen de la Candelabria’. This event is also attended by most people, particularly those involved in the festivities such as musicians and dancers. Later in the afternoon, the bands and dancers make their way to the middle of the city and by 7pm the Vísperas de la fiesta octava begins. This night also ends in a showing of fireworks.

The day of the ‘Gran Concurso de Trajes de Luces’ (Great competition for costumes of light). On this day, dancers will perform from 7am to 5pm.

Festivities continue on these days with the ‘Gran Veneracion a la Virgen de Candelaria’ where dancers parade for 4km in celebrations of the Virgin of Candelaria and Puno again is filled with music and colour. Parades will continue in different destinations around Puno continue over the final few days. Then, to finish off the festival, awards will be given at the closing ceremony for the best dance groups. 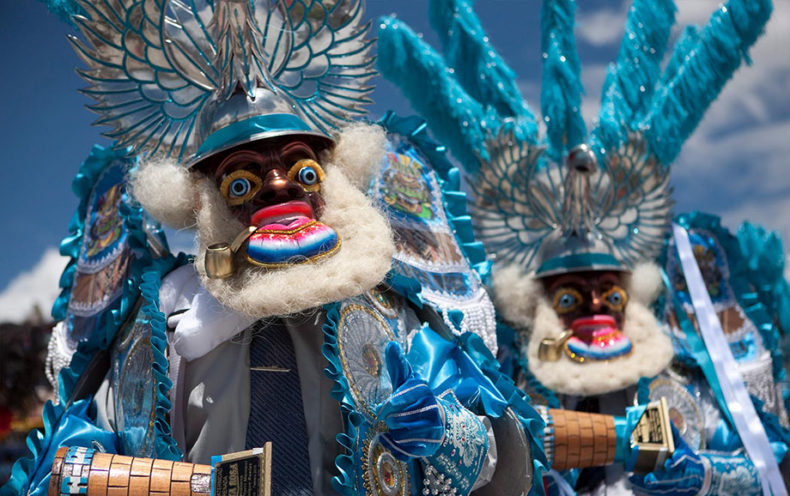 The main dates of ‘Fiesta de la Candelaria’ are February 2nd – 12th but you will see festivities for several days around these dates if you are passing through our Puno stop.