Lake Titicaca Information: The 2 Different Sides and Everything In Between

Lake Titicaca Information: All the info you need to know about both sides of the lake, in Peru and Bolivia.

The main towns on the lake are Puno, on the Peruvian side, and Copacabana on the Bolivian side. Copacabana is generally considered more picturesque and tourist focused than Puno, across the lake, but Puno has it’s fair share of attractions and beautiful views as well. 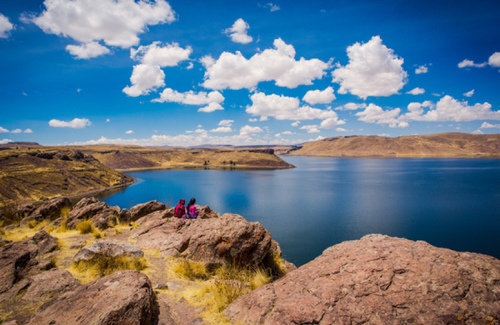 For example, Puno has several “miradores” or “viewpoints” that offer stunning views of the lake. Chief among these is “Mirador El Condor” which includes a massive steel statue of a condor that watches over the lake and city from the south. Further to the north, another animal themed Mirador, Puma Uta, contains a massive sculpture of a roaring Puma, also guarding the city and keeping watch over the lake. 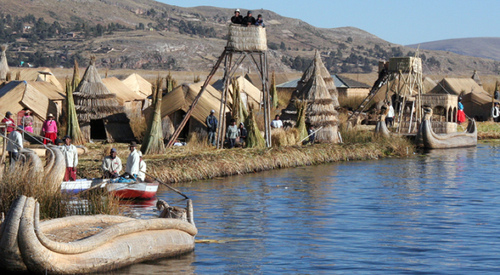 The Floating Islands of Uros are also only accessible through Puno. This cluster of 72 artificial totora reed islands are the homes of the Uros people, who stick to a traditional form of life and at one time used the reed islands they built as a way to escape from invaders, including both the Spanish and the Inca. The locals have lived on these islands for over five hundred years, maintaining and repairing them from generation to generation. 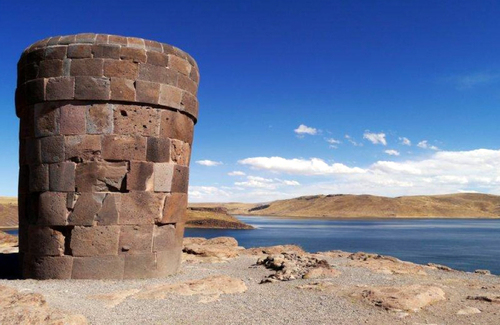 Puno also has easy access to several ancient archeological sites, including the pre-inca cylindrical tombs of Sullustani, where the Aymara Qulla people deposited their nobility in burial towers known as “Chullupa”, until they were conquered and looted by the expanding Inca Empire, and then the Spanish. 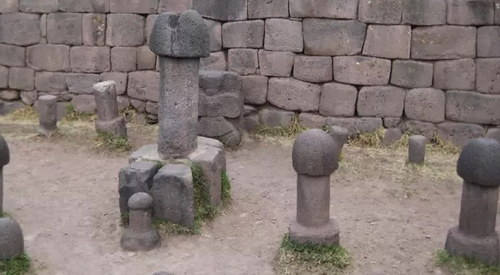 Nearby, there are also the ruins of the old Inca temple “Inka Uyu”, dedicated to Inti (God of the Sun) and his wife Pachamama (Goddess of the Earth), that is thought to have been used to perform fertility rituals for couples that had problems conceiving children on their own. It is covered with five foot high mushroom shaped stone pillars that symbolized the connection between the sun and earth. 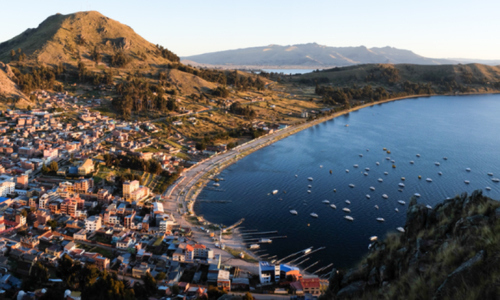 Copacabana, on the other hand, is a dedicated tourist town, both for international travellers looking to party and relax by the beautiful lake and Bolivians on pilgrimage to the Copacabana Estaciones de la Cruz shrines. It is also a great spot for hiking, with lots of beautiful, exciting trails. 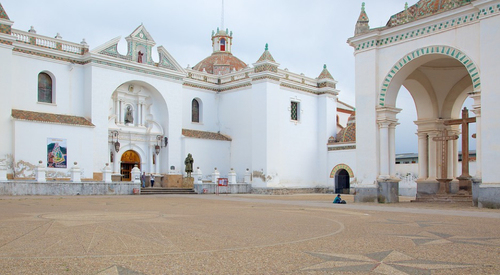 One of the greatest attractions is the beautiful Basilica of Our Lady of Copacabana, a cathedral built in the moorish style of pre-reconquista southern spain, and is one of the most beautiful and important cathedrals of Bolivia.

It is also the gateway to the sacred Inca Island “Isla del Sol” or “Island of the Sun”. This island carries numerous ancient sites, artefacts and ruins, where many traditional rituals are still practiced and catholicism is combined with the native Inca religion. The Isla del Sol was believed by the Inca to be the birthplace of the sun itself, and thus the original home of the Inca rulers. 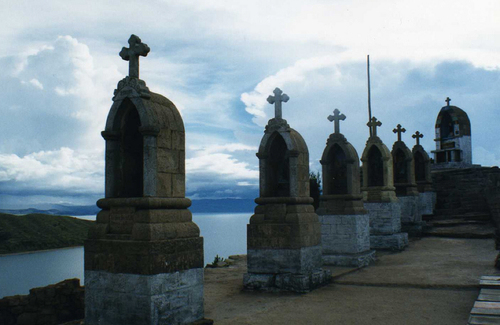 Between the Basilica of Our Lady of Copacabana, and the Isla del Sol, the Stations of the Cross in Copacabana is the holiest site in Bolivia, both to Catholics and people who still follow ancient native beliefs. It is perfect for the traveller looking for an experience that is both mystical and relaxing.

Picking between the two is a hard choice, so why don’t you visit both and decide for yourself? With Peru Hop and Bolivia Hop’s hop on hop off bus service, you can spend as long as you like on either side, then come up with your own verdict! Our buses are the safest, most enjoyable, and most flexible way to get around southern Peru and northern Bolivia, including the beautiful lake Titicaca. 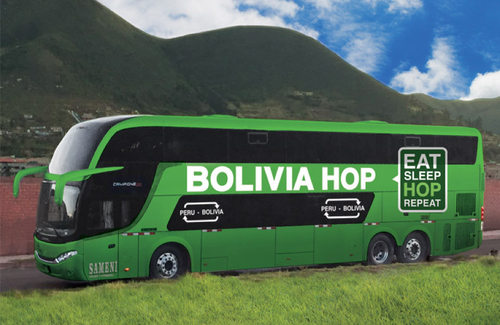 With our hop on, hop off tickets you can get off at any stop on your route, stay as long as you like, and get back on the next bus following the same route. The guides who travel with our busses are locals with personal knowledge of the sights and landmarks along the way, and will show you a side of Peru and Bolivia you won’t see with a guided tour company.

The best way to book tours, trips, and other events and activities around Lake Titicaca and the rest of Latin America is through our partner FindLocalTrips.com. Among the trips offered around Lake Titicaca are boat rides to Isla del Sol and homestays on the Uros islands with the locals, as well as plenty of other exciting events and excursions. All trips booked with Find Local Trips are carefully screened for safety, quality, and business ethics, and all are with local small businesses so your money goes directly into the local economy rather than exploitive tourism corporations.

If we are outside operating hours, we will call you as soon as we open again
Important: Our team will contact you via phone .
Note that phones operate from 9am to 7pm Peruvian time (Peruvian time now is: 9:26 am)