Pachacamac Temple: The Resting Place Of A Mighty Inca God

Inca legend has it that Pachacamac (Pacha Kamaq in Quechua) had created the first man and woman on earth. However, he neglected his creation to take care of other affairs and forgot to create food for them. Time went by and when Pachacamac came back to continue what he started, the man had died and the woman had gone to distant lands in search of something to eat.

As she was hopelessly wandering, she cried and pleaded to the skies for an end to her tragedy. The Sun, an Inca god known as Inti, deeply moved, showered her in sun rays to end her famine and heal her. Little did she know that, as a result of this act, she would give birth to a baby boy. Next, angry for Inti’s intervention on his creation, Pachacamac took the newborn and chopped him into pieces which became the different kinds of fruits and vegetables on the planet. 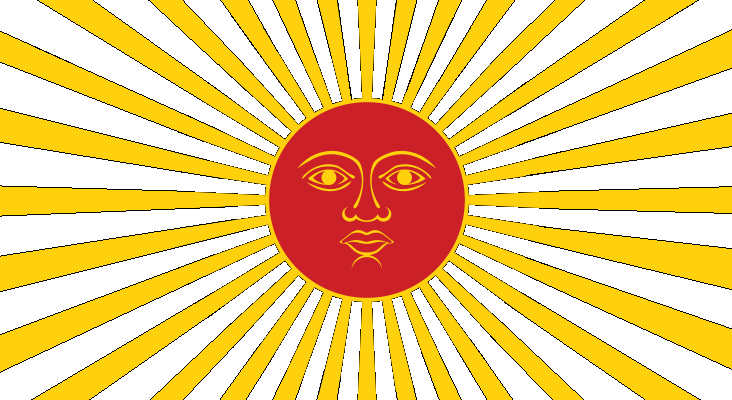 The heartbroken woman reached out to Inti and asked for the punishment of Pachacamac. It was then that Inti told her to bring the remains of the placenta and navel string of the dead son. With that, Inti created a new son which he gave to the woman. However this time the woman helped her son, named Vichaama, escape from the reach of Pachacamac. One day, Vichaama was told that Pachacamac had killed her mother, thus he desperately rushed back looking for her.

Aware of this, Pachacamac, who had indeed kill Vichaama’s mother, decided to go into hiding in the ocean, leaving behind the bones of the woman. When Vichaama came back and found out her mother was dead, only revenge could appease his fury, but he could not find Pachacamac. After a long search, he found his mother’s bones and resurrected her. He also asked his father to turn all of Pachacamac’s human creations into stones, hills, and huacas (some of which would eventually become part of the Pachacamac temple).

Eventually, Inti gave Vichaama the means to repopulate the area by giving him other humans. The new humans constructed a temple and used it to venerate its ancestors, their origins and their gods. Pachacamac stayed hidden in the ocean, but the region where the temple was and the entire coastal area suffered earthquakes which the people quickly associated with Pachacamac. From that day on, later generations came to know him as the god of the earthquakes.

The Importance of the Pachacamac Temple

Before the Spanish conquest, the Pachacamac temple was the most important oracle and religious center on the Pacific coast of the Inca empire. As a preeminent site, thousands of people from many parts of the empire would pilgrimage to the temple to consult the Oracle. Nevertheless, this devotion and pilgrimage to the temple pre-dated the Incas and began around 200 AD. Moreover, given the significant importance that the temple had in the life of the people, the Incas decided to give unusual autonomy to the religious leaders of the temple after conquering the region and even adopted the local god into their own pantheon of gods.

The site complex encompasses an estimated 5 km2, which makes it the biggest archeological complex in Lima, and it is located at 40km southeast of Lima’s downtown in the Lurin district. The site is organized into four major sectors by three concentric large walls. From all the sectors, the oldest sector provides the best views of the Pacific Ocean.

Some of the most visited constructions inside the site include the Temple of the Sun, the Old Temple, Painted Temple, Acllawasi (house of the chosen ones), Pilgrims square, and Taurichumpi. Additionally, the complex contains many pyramids with multi-level platforms accessible by a series of short straight ramps. Lastly, the site complex has an on-site museum near the main entrance which displays all sorts of artifacts, pottery and mummies found on the site complex so far. 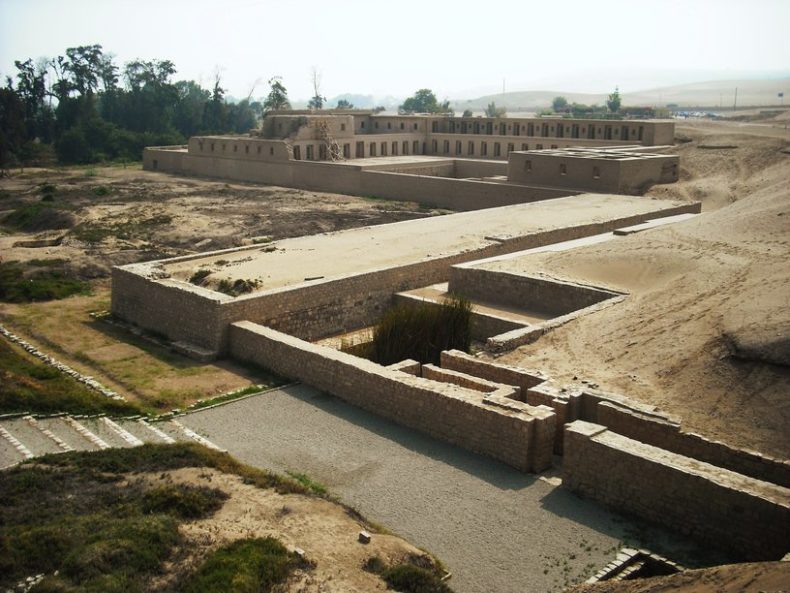 Pachacamac Museum – What to See

The newly renovated Pachacamac museum contains samples of the main artistic expressions of the different cultures which occupied the Sanctuary throughout its history. Thus, the display is organized thematically showing the entire cultural sequence of the Pachacamac Sanctuary, from the 2nd century AD. until the establishment of the Incas in 1470.

The new museum is composed of two volumetric differentiated buildings: the first building intended for the exhibition is adjacent to the parking area. This building is divided into two areas; one large area for the permanent exhibition and a smaller one for temporary exhibitions. Additionally, controlled and indirect lighting arrangements are in place to accentuate natural lighting inside this building. The second building is for general services including ticket office, toilets, museum’s guides room, etc. Other areas of the museum include a cafeteria, a store, and a restaurant.

Lastly, the museum also displays some native plants and animals to fully immerse the visitor into the whole Pachacamac experience.

How to visit the Pachamanca?

While public buses and private transportation are options available for those who know they way around Lima, we recommend taking a tour for the first time visitors. Lots of operators offer Pachacamac tours from most hotel and hostels in Lima. However, to get the most value for your money and book with the best rated operators, we recommend booking via findlocaltrips.com, a search and comparison website for tours across all of South America.