Paracas culture dates back to thousands of years ago to when the ancient people of the region thrived on this picturesque coast, leaving behind only their art, tombs, and mysterious, massive stone lines. Now, one local man has made it his life’s work to bring this ancient culture back to life, serving excellent food in the process.

Pukasoncco may have remained fairly unnoticed so far but this family run restaurant, art gallery, shop and museum in Paracas, while easy to miss, is a must-visit for both fans of homemade Peruvian cuisine and those interested in fine, traditional art and the culture of pre-Columbian Peru. 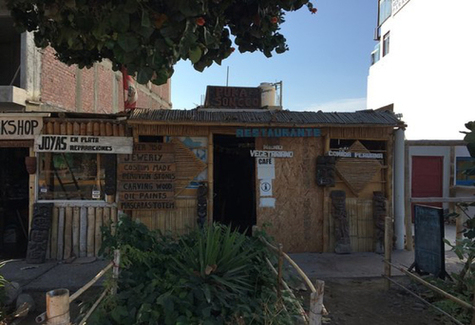 Its museum houses a wealth of fascinating artifacts from the Pre-Columbian Paracas culture which developed here on the peninsula and spread over the Ica region over two thousand years before the arrival of the Spanish, ultimately becoming the ancestors of the civilization that built the famous Nazca lines.

In fact, it was the people of Paracas who pioneered the techniques used to create the Nazca lines, which were used instead for organizing markets, fairs, and ritual processions, as well as a very early form of advertising for the local merchants. 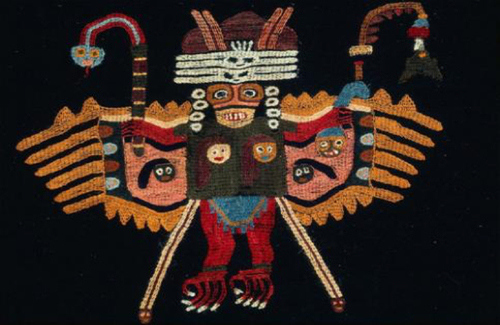 The Paracas culture also practiced skull deformation, a process in which infants’ heads were tightly wrapped with boards in order to create distinctive head shapes to demonstrate status, position, and membership in society. 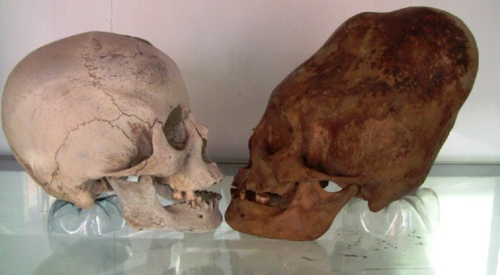 Although the Paracas people were absorbed by neighbors and disappeared by 200 AD, they left an indelible mark, artistically and culturally on the Andean civilizations that came after them.

In the museum samples of the beautiful textiles, pottery, sculptures and fascinating deformed skulls of ancient Paracas can be viewed. 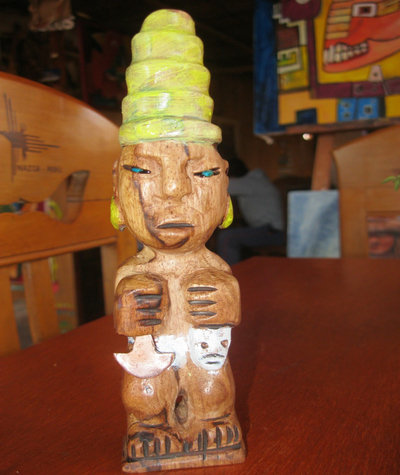 The owner of Pukasoncco, Sanson Ercilla Velasquez, an artisan silversmith, woodcarver, archaeology aficionado and self-described “Perfectionist without remedy” makes replicas of the artifacts in his museum by hand, as well as original pieces, using traditional methods to create works of art nearly indistinguishable from the objects made thousands of years ago, as part of his personal mission to preserve and revive the cultural heritage, long history and soul of Paracas. This provides a way to bring back culturally authentic souvenirs to your home country while supporting a local artisan, and leaving the priceless treasures of the past in their proper homes. 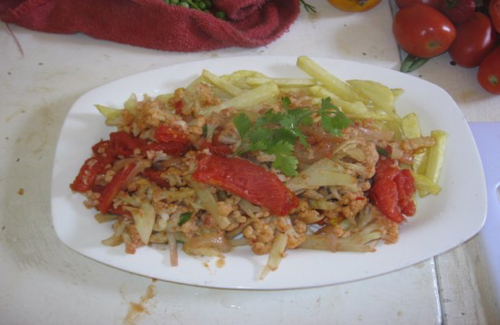 Pukasoncco focuses on typical Peruvian fare, including Tallarín, various seafood and meat plates such as Ceviche, Chicharrón and Seco de Carne, but what sets them apart is an extensive vegetarian, vegan and gluten-free menu, including a stunning array of salads, as well as a willingness to make modifications to dishes for the dietary needs of their customers. 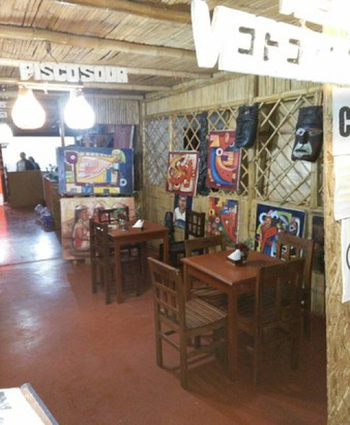 There are few places in the world where you can find such a unique combination of delicious food, fascinating art, and such a profound sense of history, but Pukasoncco has it all, served with a sense of pride and an unbreakable connection to the past. 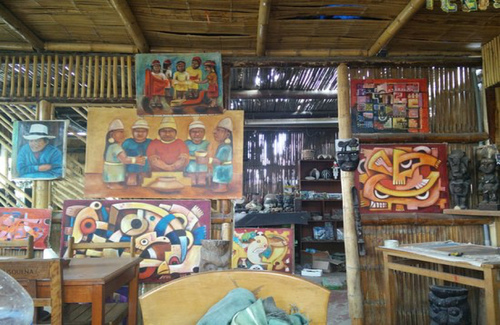 Pukasoncco can be found along the main road through town, conveniently across the street from a stretch of backpackers hotels and hostels in El Chaco, Paracas, only two blocks from the beach, and a block and a half from Peru Hop’s main Paracas pick-up point at Residencial Los Frayles.

Paracas has an unbelievable amount of things to enjoy! Such as Paracas culture – And the gorgeous protected desert full of wildlife and landscapes! Check the Paracas official website here and be surprised with all it has to offer!

If you want to keep learning more about Paracas, check out this page about the Paracas National Reserve!