While Peru’s cuisine is already famous the world over, its cocktails are still relatively unknown to many people despite being equally delicious. Nobody would dare visit Peru without trying its world-class food, so we’d suggest that sampling a Peruvian cocktail is also an essential part of anyone’s visit to the country.

Below we present a few of the most popular cocktails in Peru. These six cocktails all utilize pisco, considered the country’s national liquor. If you’re making a visit to Peru, we highly recommend sampling these drinks and maybe even taking a tour of a pisco distillery! (included in the 2 and 3 day tours from Peru Hop)

Looking to learn how to make traditional Peruvian Dishes? Check out this top-rated cooking class in Lima, a unique hands-on lesson and best part of it all is that no experience is needed!

A frothy mixture of pisco (a type of distilled grape spirit), lime, sugar, egg white, and angostura bitters, the pisco sour is about as Peruvian as you can get. In fact, if you want to pick a fight with a Peruvian, tell them that the pisco sour is a Chilean drink; the two countries have a long-standing dispute over which country invented this sweet and sour cocktail. Officially considered the national cocktail of Peru, the most widely-accepted story has this tasty libation originating in the Morris Bar in 1920s Lima, the creation of American ex-pat Victor Morris. However, a recently unearthed book of traditional creole recipes from the early 20th century containing a similar drink has cast doubt on this story, giving reason to believe that this trago may have originated much earlier in the country’s history than previously thought. Regardless of its exact origins, the pisco sour is a definite must-try while in Peru. 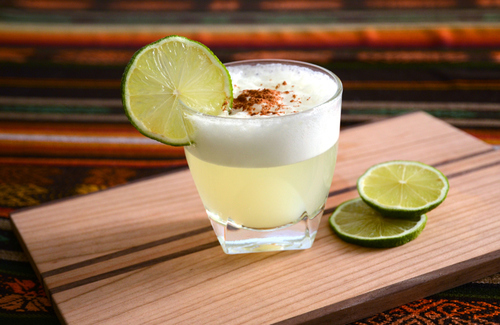 A simple yet elegant cocktail consisting of pisco, lime juice, ginger ale and an optional dash of angostura bitters, the chilcano is one of the most delicious ways to drink Peru’s national liquor. The drink supposedly dates back to the 1800s, when Italian immigrants took one of their own traditional cocktails, the buongiorno, and substituted grappa for pisco. This new concoction was named “chilcano” after a type of fish soup, apparently due to the supposed hangover-curing qualities of both the soup and the drink. The chilcano is a light, refreshing drink that is good not only for a hangover, but also to accompany a night on the dance floor, a sunny day at the beach, or just about any activity you can imagine. 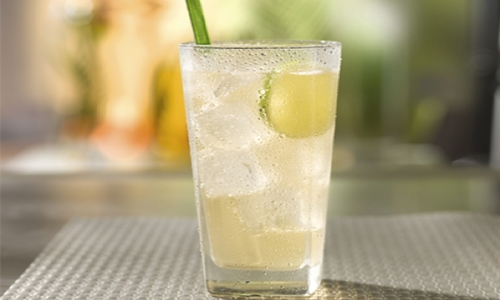 Inspired by the colors of the flag of Tawantinsuyu (the Incas’ name for their empire), this colorful cocktail is probably Peru’s most visually-appealing drink. With a pisco base and layers of grenadine, orange juice and crème de menthe, the Machu Picchu is an aromatic and fruity drink that makes a great choice for those drinkers with a pronounced sweet tooth. Though it originated in the city of Cusco (the nearest city to its namesake), it can be found in bars all across Peru. 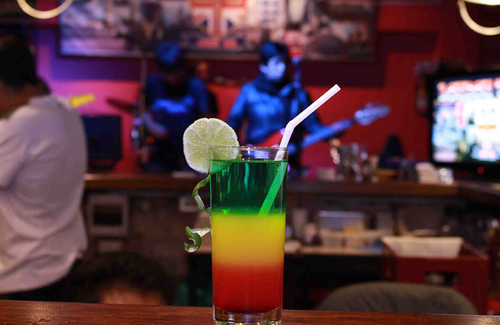 A type of punch combining pisco, evaporated milk, eggs, and algarrobina (a type of syrup made from the Black Carob tree), the algarrobina cocktail is a sweet, creamy dessert drink reminiscent of egg nog. The original recipe, created in the 17th century by Spanish Jesuits near the city of Chiclayo, contained wine. However, with the increasing availability of pisco, wine was eventually removed from the recipe in favor of Peru’s national liquor. A smooth and delicately balanced drink, the algarrobina cocktail is highly recommended as a great way to cap off a meal. 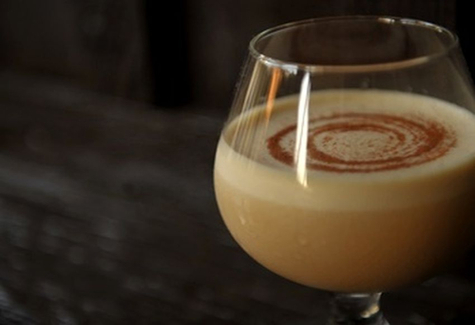 Somewhat similar to the algarrobina cocktail, this cocktail consisting of pisco, milk, egg, cinnamon, and vanilla differs in that it is typically served hot. A traditional drink of the southern city of Ica, the caspiroleta is a great way to warm up a chilly night if you happen to be in this pisco-producing region in wintertime. 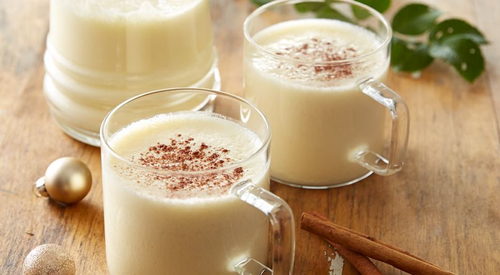 Another hot drink, té piteado (“spiked tea”) is essentially a Peruvian version of a hot toddy. This soothing drink has many interpretations, but the basic template usually contains pisco, lime juice, and various herbs. Té piteado is very popular as a way to keep warm in mountain cities such as Puno, Arequipa and Cusco. 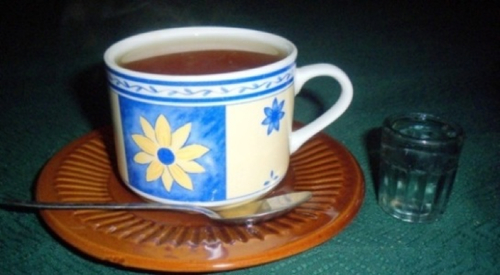 Now that you’ve got a good idea of what to order to drink, you might be considering a food or drink tour to allow you to sample as much of Peru’s culinary delights as possible. We recommend using findlocaltrips.com, a tour booking website which helps connect you with authentic local businesses in South America. If you want to check out some of the traditional Peruvian food, we have you covered there too¡Salud!