Today marks the commemoration and public holiday of Saint Rose of Lima, or Santa Rosa de Lima in Spanish. Saint Rose was the patron saint of Peru and the rest of the indigenous people of Latin America and the Philippines. The beautiful patron saint was born in 1956 in Lima to Spanish Colonists and was known for her piety and chastity. Today she is celebrated across Peru, with a national holiday declared in her name! 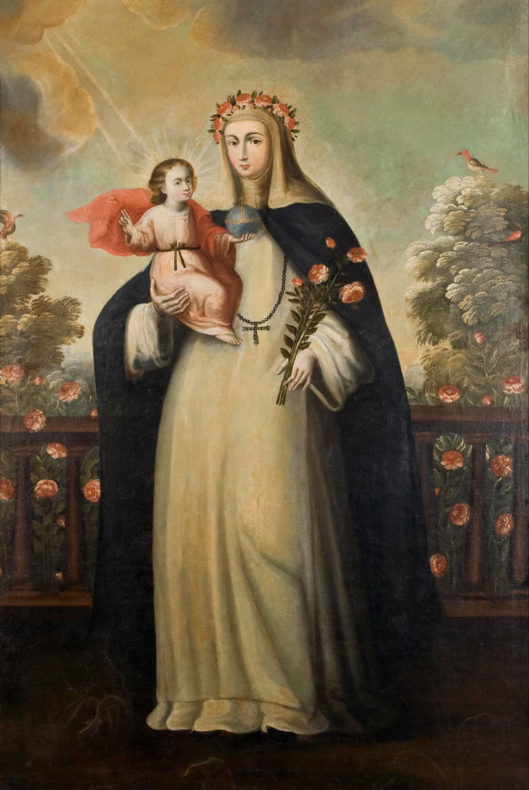 The Saint Rose of Lima is recognized as the patroness of embroidering, gardeners, florists, those who suffer as a result of their piety, and those who suffer from family issues at home. The emblems associated with her are a rose crown, an anchor and a city.

Saint Rose of Lima: A history

Isabel Flores de Oliva was born on April 20th 1586 in Lima, Peru. Although her name was Isabel, she quickly earned the nickname of ‘Rose’ due to the beautiful rose-colored cheeks she had as a child.

Isabel Flores de Oliva grew up in a poor family, who believed she might be the key to their escape from poverty, as her good looks were sure to attract wealthy men from far and wide. This, however, was not what young Rose wanted who instead devoted her life to God, a passion she showed from a very young age. Although her commitment to God was clear, Rose and her family were too poor to allow for her to join a monastery.

Ms. Flores didn’t let this set her back, and instead helped support her family and others in the community through charity work from the small cottage she lived in. She found a source of revenue through the sale of needlework and sales and made it her life’s work to look after people suffering from illness, at her small cottage.

Ms. Flores’ dedication to helping others did not go unnoticed and was eventually invited to join the Dominican Order free of charge after taking her financial situation into account. Rose didn’t take her new role lightly, and totally dedicated herself to the order. She began to live only on bread and water, even wore an inward-facing spike-shaped crown in recognition of Christ’s crown of thorns, and committed to a vow of chastity to show her extreme devotion.

Ms. Flores endured much suffering as a result of her devotion and eventually passed away at the young age of 31, on August 24th, 1617, something which she accurately predicted in the days before her death. Her devotion to God and to helping others didn’t go unnoticed, and grateful people from far and wide came to pay their respects to the saint to be, whose funeral actually had to be delayed by two days to allow for everyone to pay their respects!

Since her beatification, a feast day has been added to the Roman Catholic Church in her honor, in 1729. Although the date of her death was the 24th of August, the feast of Saint Bartholomew the Apostle already occupied meaning Saint Rose of Lima was instead celebrated a week later, on August 30th.

In 1969, her feast day was officially moved to August 23rd on the Roman Catholic Calendar, however, the 30th is still recognized as the day of celebration in Peru and many other Latin American countries. Today the Saint is celebrated every year as a national holiday on the 30th of August. Religious processions take place convening at the Church and Convent of Santo Domingo before finishing at the Cathedral Basilica of Lima, where Saint Rose’s remains are currently kept.

A popular tradition on this day of celebration is to throw cards with their wishes written within into the well outside the Shrine of Saint Rose of Lima, in commemoration of keys to a heavy chain she tied around her waist that she threw into the well many years before. The celebrations are finally wrapped up with fireworks that light up the city skyline!

For more information on the city of Lima and how you can visit the beautiful Cathedral Basilica yourself, check out our Lima city guide. Happy Saint Rose of Lima day, enjoy the celebrations!