Things to do in Trujillo Peru

Get to know the best things you can do in Trujillo Peru and explore one of the most amazing destinations in the country.

Get to know the best things you can do in Trujillo Peru and explore one of the most amazing destinations in the country.

Trujillo is known as the “City of Eternal Spring”, “National Capital of Marinera” and as the “Capital of Culture of Peru”; this is due to the considerable amount of cultural events of national and international scope that take place in the city, among them, the “National Marinera Competition”, the “International Spring Festival” and the “International Book Fair”, which is one of the most important cultural events in the country.

There is no doubt this city has countless attractions spread over its territory. Beautiful beaches along with spectacular museums, archeological sites, Colonial structures, and more. The historical center was funded in 1534 on a territory ancestrally populated by ancient civilizations. Throughout the years, Trujillo has been recognized as a destination full of unique attractions.

Its cultural heritage is one of the richest in Peru, therefore, lots of tourism come nowadays to visit the city looking to get closer contact with the past civilizations that once habited these lands. Definitely, a cultural destination worth-visiting when traveling to Peru.

This is one of the most representative spots within the city. Due to its historical value, Trujillo’s Main Square is one of the main sites of cultural celebrations. It is surrounded by the Cathedral, beautiful republican houses, and palaces. In the center of the square, is the monument to ‘La Libertad’ made by the sculptor Edmund Moeller, which represents the country’s independence process. The statue was made in France and the materials used were marble and copper. 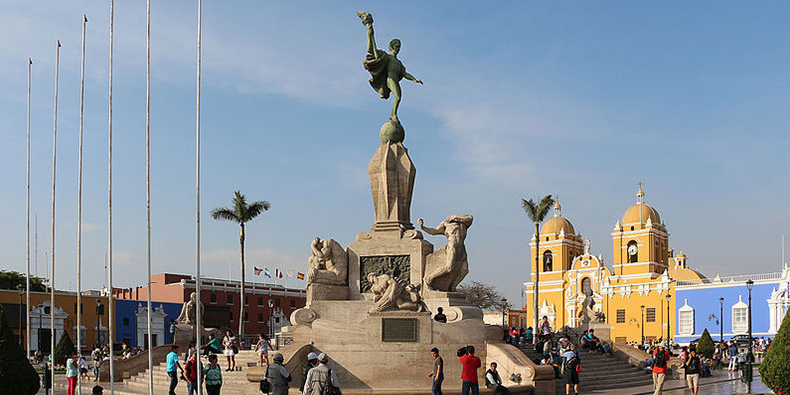 House of the Emancipation

It is a very iconic monument as it represents a historical and cultural memory for all Peruvians. It was in this place that the Marquis of Torre Tagle, leading the first separatist movement, proclaimed the independence of Peru.

The historical monument preserves a series of paintings from the 18th century and is located on the corner formed by Pizarro and Gamarra streets. It is an active center for cultural activities ranging from art exhibitions to recitals and concerts. 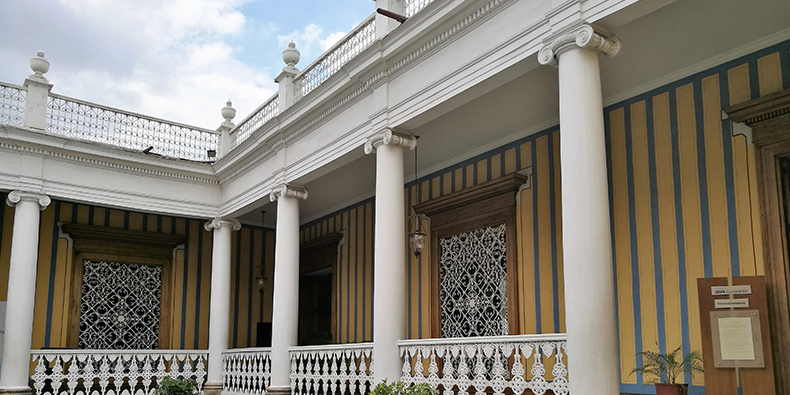 Not only cultural sites but natural environments are found in Trujillo. Huanchaco beach is a popular destination that would leave anyone in love, especially surfers. Besides practicing this activity, in this place, it is also possible to enjoy delicious food as there are several restaurants all over the place.

Huanchaco is the perfect spot for having a relaxed day by the beach with family and friends. Drinking and eating typical food, as well as having a good time doing some outdoor activities. 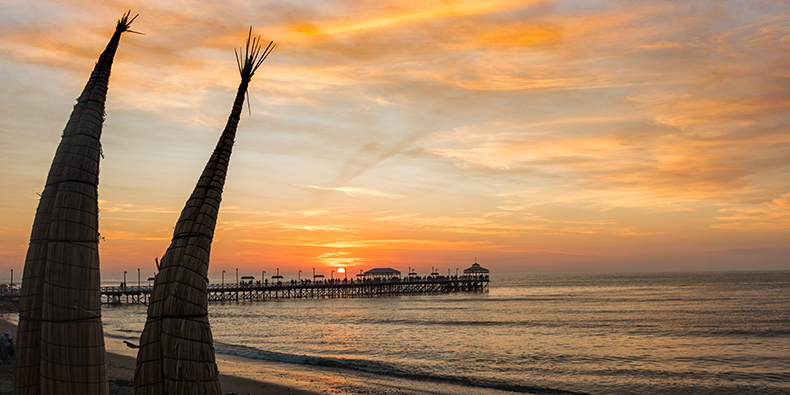 The Sun and Moon Huacas

If you are the kind of person who loves visiting archeological sites, you can’t miss out on visiting this attraction. There is no such thing as the Sun and Moon Huacas, which conformed a marvelous complex being once the capital of the Moche Culture.

The Huaca of the sun is 40 meters high and was by then a political and administrative center, while that of the moon is approximately 21 meters and functioned as a center where ceremonies were held. The impressive detail of construction along with all the cultural symbols in each structure makes these monuments a singular exhibition. 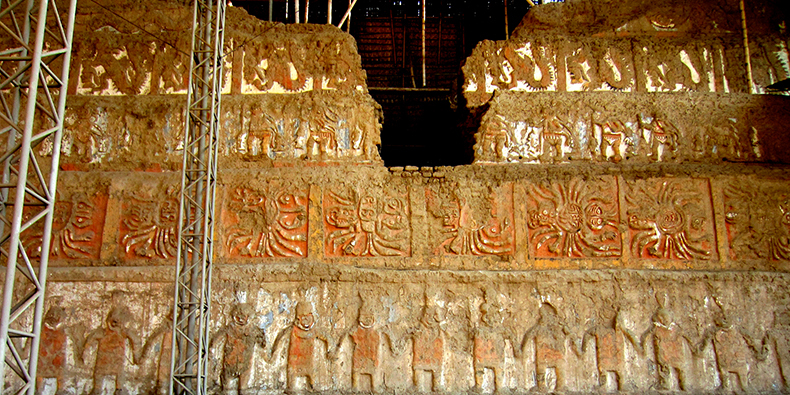 It is an adobe city cataloged as the largest in America and the second-largest in the world. This complex is formed by diverse palaces, which were the capital of the Chimor kingdom; a state organization that belonged to the Chimu culture. It is worth mentioning that Chan Chan was declared World Heritage by UNESCO in 1986.

It’s believed that here inhabited more than one hundred thousand people back in the days. Its structure includes squares, houses, warehouses, workshops, streets, walls, and pyramidal temples. Plus, Its enormous walls are deeply decorated with reliefs of stylized zoomorphic geometric figures and mythological beings. 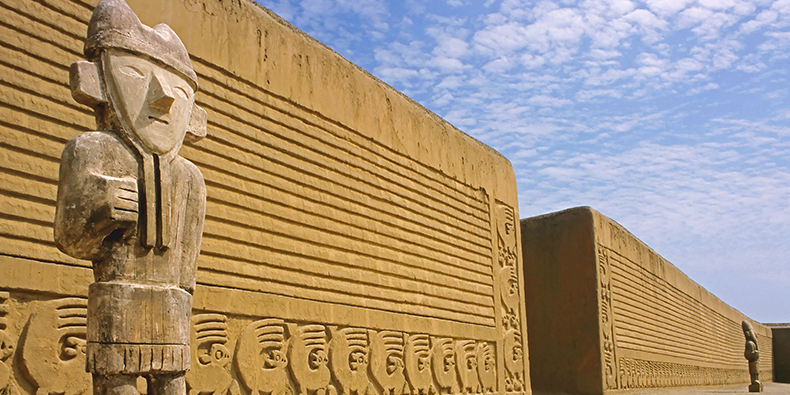 Only 60 minutes from Trujillo is this important complex which is still in the investigation period. It impresses a great pyramid of adobe of 30 meters in height, with more than 15 centuries of history. On its walls were found reliefs that evidence the life of a Mochica sovereign.

In this complex, you can also find the Cao Museum, where there is an intact mummified body of the first Moche leader: the Señora de Cao. 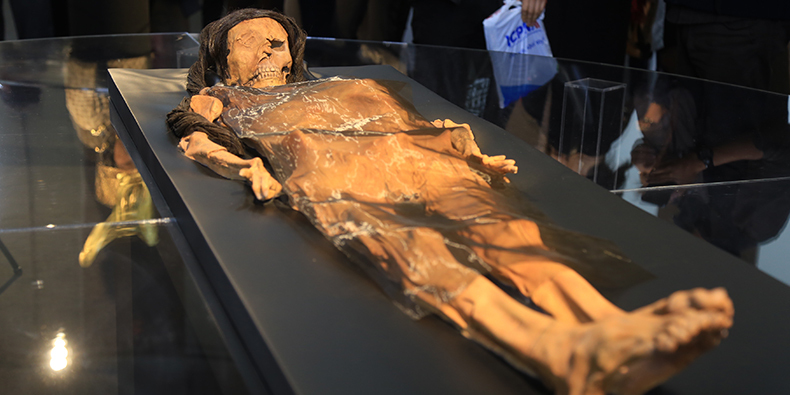 Last but not least, there is no better way to end your trip to Trujillo that by visiting its spectacular churches. Among the most popular ones we have:

Built between the years 1647 and 1666, its altars are of baroque and rococo style; the paintings that it conserves belong to the Cuzco school of painting and of Quito. There is also a museum that exhibits lots of pieces mainly religious in gold and silver. 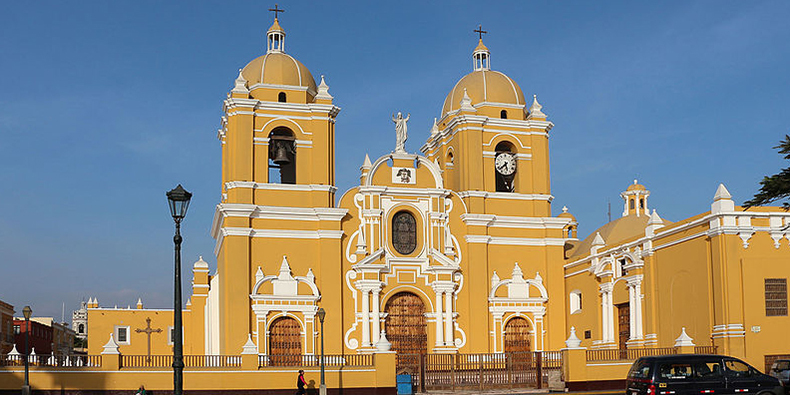 It was built in the 18th century. What stands out is its various altars and the wooden pulpit. It has about 150 paintings, part of them from the Quito school of the 17th and 18th centuries. 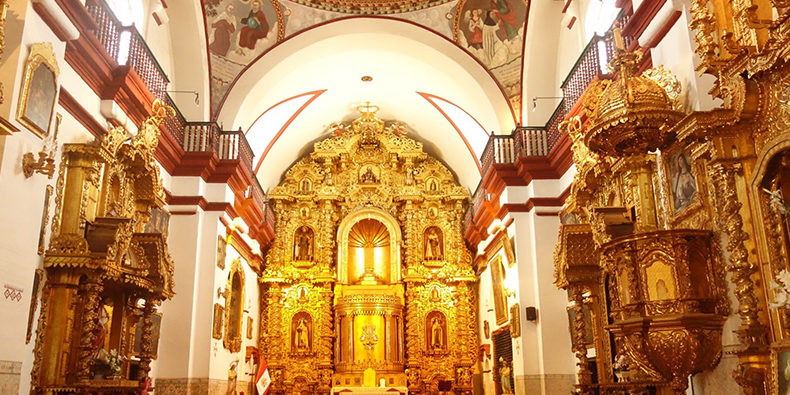 This temple dates from the 17th century, whose design and construction is by the Portuguese citizen Alonso de las Nieves, which has a mixture of architectural styles in its facade. 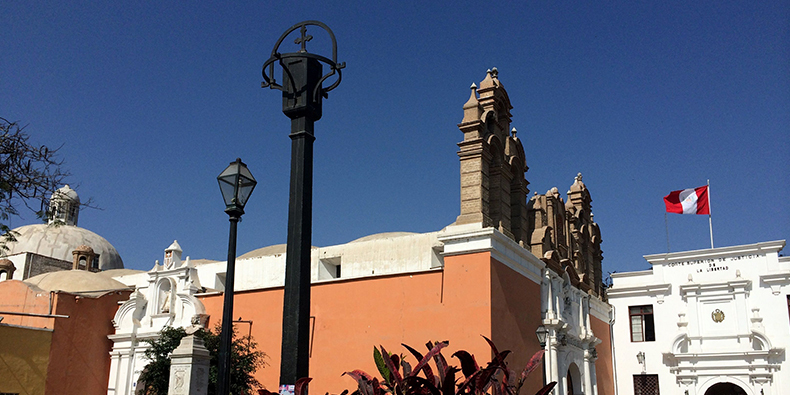 This temple was built between the 16th and 17th centuries, with the main altar in baroque style. The murals representing the apostles and the colonial pulpit made of carved and wood are especially noteworthy. 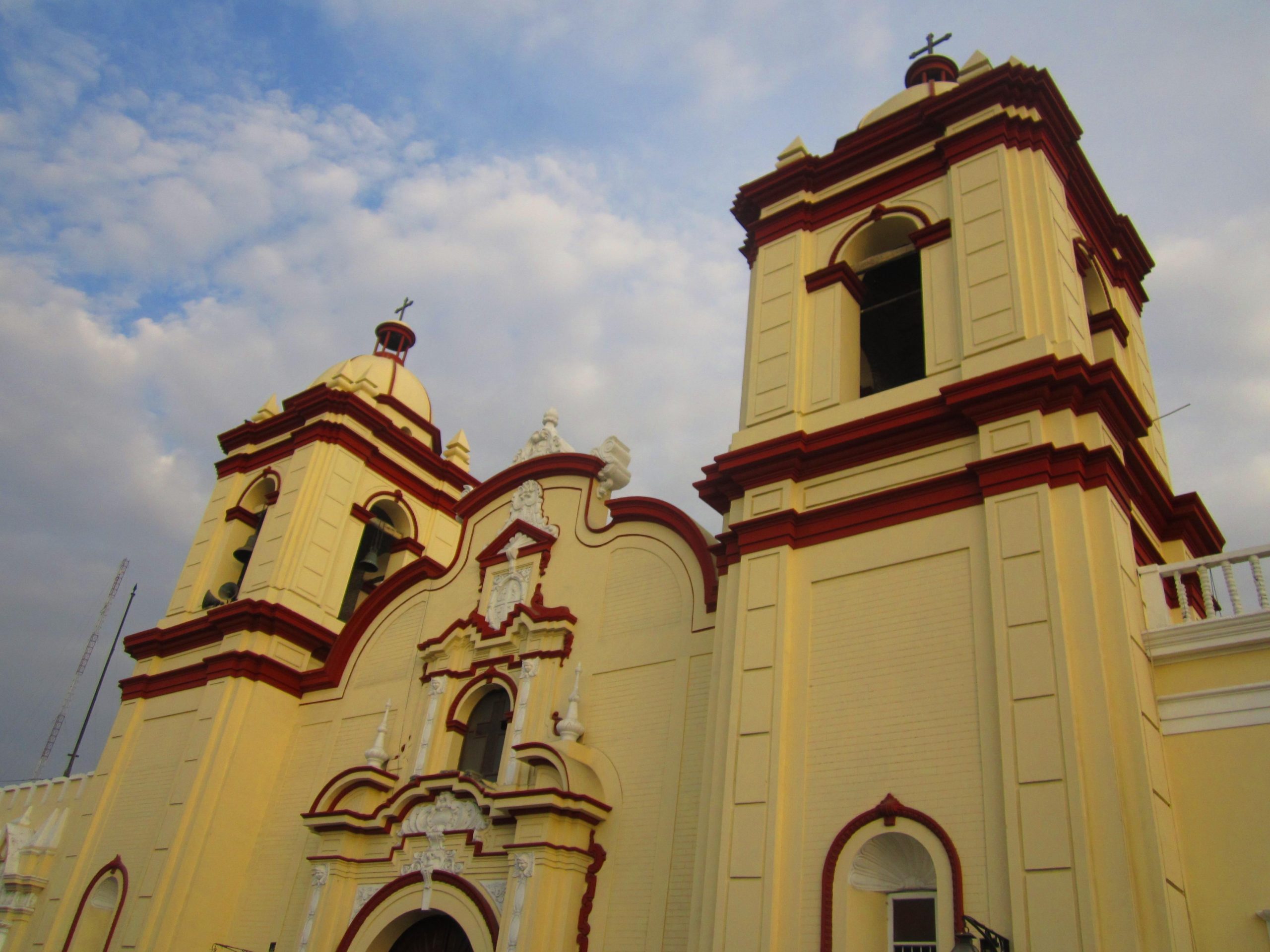 Why Peru Hop Is Being Celebrated For Its COVID Protocols

The Most Flexible Tour Of Peru For 2022 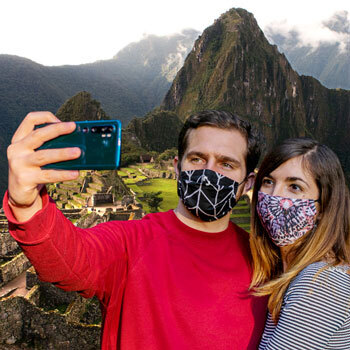 Peru and Covid-19 – Everything You Need To Know

If we are outside operating hours, we will call you as soon as we open again
Important: Our team will contact you via phone .
Note that phones operate from 9am to 7pm Peruvian time (Peruvian time now is: 7:04 pm)