Sacred to many, beautiful to all, Lake Titicaca has a history of mysticism and amazing feats. Located in between Peru and Bolivia, there’s a bunch to be learned from the lake of mesmerizing blue water. To help you with that, here’s our list of 14 fascinating Lake Titicaca facts!

1. The origin of the world

Known as the “Cradle of the World” and “the Birthplace of the Incas”, it’s stated in Inca Mythology that from the deep water of Lake Titicaca emerged the supreme god of the Incas, Viricocha. It’s said that he created Inti (Sun God), Mama Killa (Moon Goddess), and the stars. Later, the gods created Manco Capac (first Inca king) and Mama Ocllo who began the Inca Empire.

At 3,800 meters (12,500 ft) above sea level, Lake Titicaca is the highest navigable lake in the world. It’s safe to say that, although a tour to the lake is usually relaxed, it’s best to properly acclimatize when visiting.

3. Home to the Floating Islands of Uros

The Uros people, who predate the Inca civilization, live in the heart of the lake on floating islands made of dried Totora reeds. These fascinating man-made islands can float for up to 30 years through maintenance, until it undergoes a process of restoration. The houses and boats are also made of reeds. 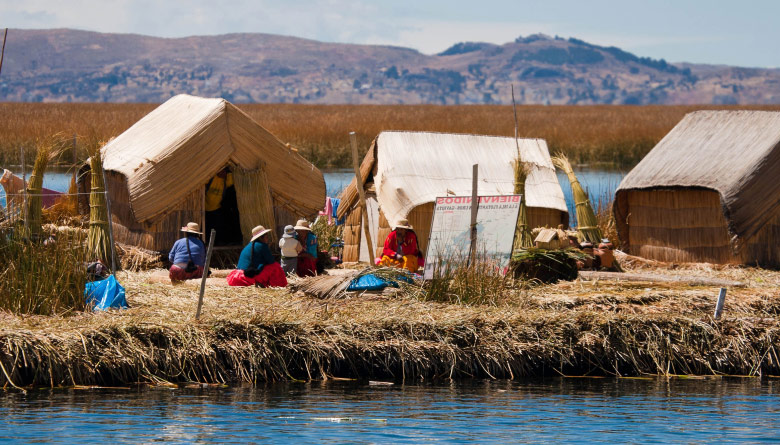 4. A diverse and unique fauna

The lake is home to over 530 species. Animals such as the Titicaca water frog and even the Andean fox reside on and around Lake Titicaca.

Since 1978, Lake Titicaca has been a Peruvian national reserve, protected by law. As of 1997 – to further protect the biodiversity of rare, endemic species and the rich heritage – the lake, cultivation areas and floating islands were designated as a Ramsar Site.

6. It was once used as a high security prison

During the Spanish rule in the 16th century, two of the islands – Amantani and Taquile – were used as high security prisons due to their extreme remoteness.

7. You can do a homestay with a local family

There are 2-day Lake Titicaca tours that end with an overnight stay with one of the local families of the Amantani Island. You’ll get to have first-hand experience of what daily life is like on the island while learning all about their culture. 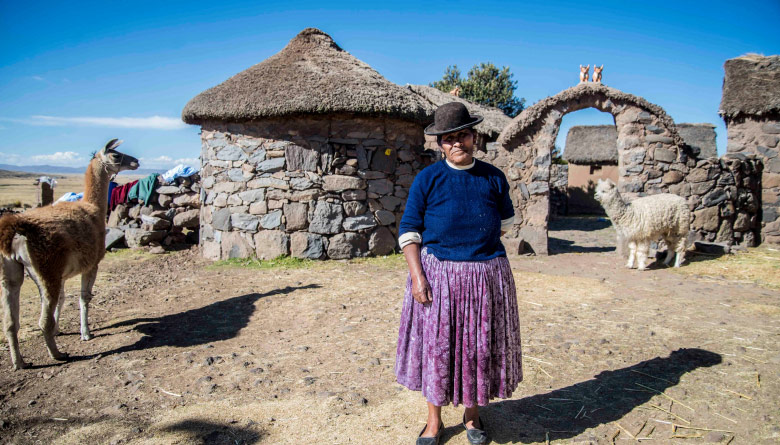 As mentioned at the beginning, the lake is shared by Peru and Bolivia, located between both countries. Peru gets the western end of Lake Titicaca which makes up 56% of the area, while Bolivia has 44% of the lake.

9. World-known for its textile art

The Taquile Island is famous for its weaving and knitting that still maintain the same techniques used by their ancestors – who predate the Incas! A major part of the island’s population begin practicing and learning the techniques at a young age. Due to their beautiful work, Taquile Island and its textile were labeled “Masterpieces of the Oral and Intangible Heritage of Humanity” by UNESCO. 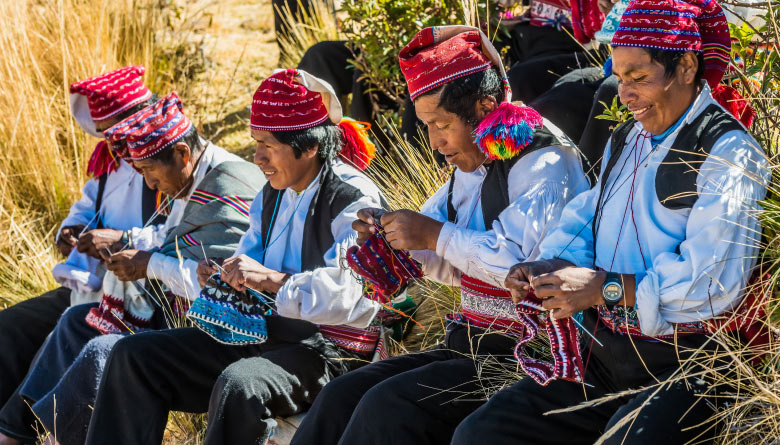 10. The Uros people once had their own language

Known as Uru or Uruquilla, this ancient language was lost and abandoned a few centuries ago. Now, the Uros people predominantly speak Aymara, the 3rd most spoken language in Peru.

11. Over 25 rivers flow into Lake Titicaca

The main rivers that empty into the lake are, Huancane River, Coata River, Ilave River, Suchez River, and Ramis River. Glaciers and rainwater also feed and provide most of Lake Titicaca’s water volume.

Spread through the lake are a variety of islands, with many heavily populated. The main islands are Amantani and Taquile on the Peruvian side, and Isla del Sol, Isla de la Luna, and Suriki, on the Bolivian side of the lake.

13. A lake with many cultures

Apart from the Incas, the lake has been home to many others such as the Pukara, Tiwanaku, Collas, and Uros.

Situated on the Bolivian side of the lake sits Isla del Sol (Island of the Sun). According to Inca legend, Inti –the Sun God– lived on this island. The island is also home to over 180 Inca ruins. Definitely worth a visit when in Bolivia! 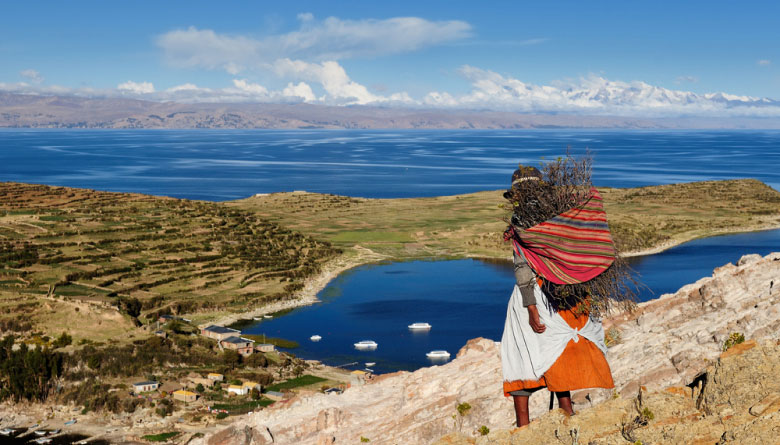 If you want to find out even more about Lake Titicaca and find tour options, then check out our extensive Lake Titicaca guide! And if you need any help organizing your trip to Peru simply contact us and we’ll more than likely help you out or simply check out our passes and find your perfect option!