One Day Treks Around Lima

With its population of over 8 million people and growing, Lima is one of the largest cities in Latin America. In a massive metropolitan area like this, it can sometimes feel like you’re stuck in a man-made concrete jungle, completely cut off from nature. Many people don’t realize that Lima is actually within a day’s drive of many beautiful natural spaces that are perfect for spending an afternoon. Here are a few of my favorites, listed in order of nearest to furthest.

Located in the district of Surco within the Lima metropolitan area, this urban ecological park has several trails for hikers and a variety of beautiful and well-maintained flora. La Loma Amarilla, which means “The Yellow Hill,” is a great place to pass a tranquil afternoon only a few minutes from central Lima. As home to 34 species of birds and 25 types of trees, it is a rare refuge in a city that is mostly devoid of nature.

How to get to La Loma Amarilla: This park is located within the district of Surco and is served by bus route 3701. 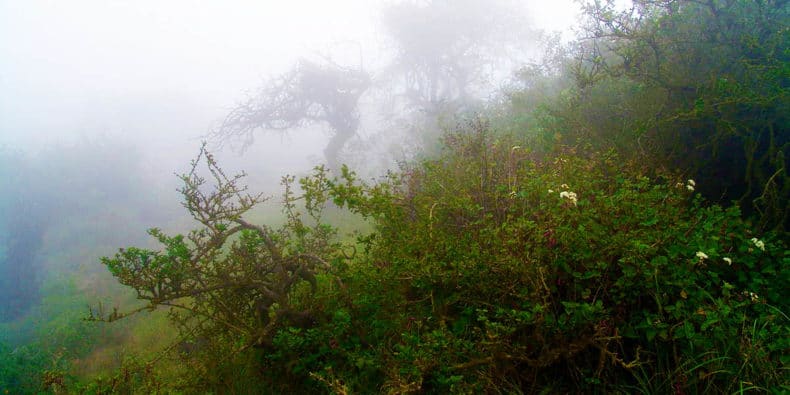 These hills are located about an hour by bus from central Lima in the district of Pachacamac. This district is most famous for the large pre-Inca ruins that give the area its name. Further inland from the coast, however, is a place of rocky crags and verdant vegetation which stands out from the surrounding desert and coast. Visitors can enjoy the fresh air, watch for wildlife (the bird watching is supposed to be great) and take in amazing views of the town below.

How to get to Las Lomas de Lúcumo: Take route 3705 which runs along the Panamerica Sur Highway and exit at the Pachacamac Junction. From here, you can take a collectivo to the Plaza de Armas of Pachacamac where moto taxis to Lúcumo will be available.

Las Lomas de Lachay, similar to Las Lomas de Lúcumo, is an area of stunning natural greenery which has formed among desert surroundings due to unique weather conditions. Located about halfway between central Lima and the city of Huacho in the Lima district’s Norte Chico region, this nature reserve provides an important sanctuary for wildlife (foxes, most famously) in an area that is mostly urbanized. The green vegetation, gnarled trees and hazy mist enveloping the hills create a feeling of eerie otherworldliness that makes for some surreal photographs.

How to get to Las Lomas de Lachay: Take a bus from the Terminal Terrestre Lima Norte towards Huacho and ask the driver to alert you when the bus has reached km 105. From here it is about an hour walk to the entrance of the reserve. 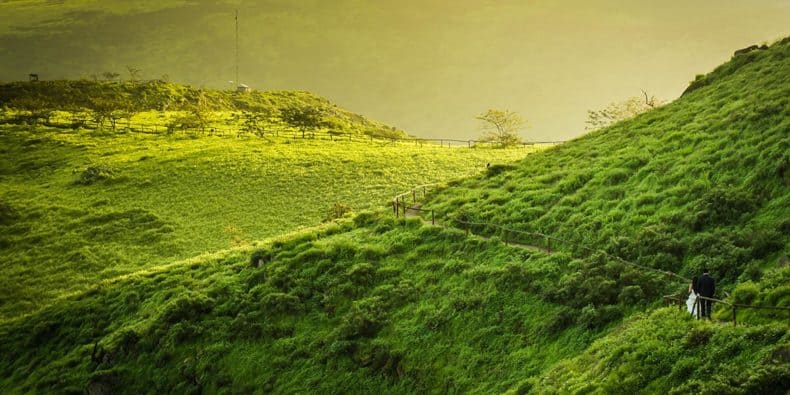 A couple of hours from Lima near the small town of San Jeronimo de Surco are this beautiful mountainside waterfall, a hiker’s paradise. The trail ascends 800 meters up a mule path, culminating with the arrival at the waterfall. Along the way, visitors will be treated to beautiful nature and great views of the valley below. There are also only a handful of tourists who visit this trail despite its proximity to Lima, so it’s a great place for quiet contemplation or appreciation of nature.

How to get to Palakala Falls: Take a bus to the Chosica district (which bus will depend on where you are in the city), then from there take the bus to San Jeronimo de Surco.

Marcahuasi is a plateau located to the east of Lima along the Rimac River. It’s one of the most beautiful and mysterious places in Peru due to its strange wind-sculpted rock formations resembling human faces, animals and other figures. The site also held significance for pre-Columbian peoples and there are some ancient tombs in the area. Since Marcahuasi is a few hours from Lima, most people stay for a day or two to camp, but it’s also possible to visit for a single day and return to the city.

How to get to Marcahuasi: Take a bus to the Chosica district (which bus will depend on where you are in the city), then from there take the bus to San Pedro de Casta, the closest town to the Marcahuasi plateau. 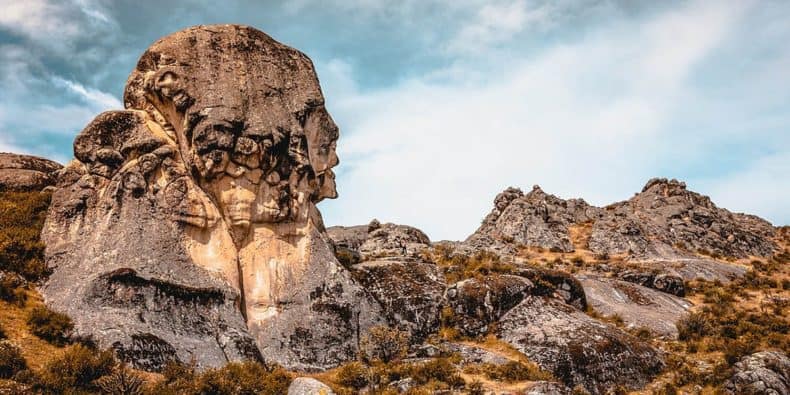 Hopefully this post has given you some good ideas for getting out of the city and doing some day trekking. For trips further afield in Peru, including the world-famous treks around the Cusco region (Machu Picchu, Salkantay, Choquequirao, etc.), I recommend using Peru Hop to get from city to city. Peru Hop is a great hop on hop off service operating from Lima all the way to La Paz, Bolivia. You can “hop off” at any point, so it really allows you to travel flexibly and truly explore each place.

If we are outside operating hours, we will call you as soon as we open again
Important: Our team will contact you via phone .
Note that phones operate from 9am to 7pm Peruvian time (Peruvian time now is: 7:14 pm)