We would like to thank our guestblogger Paul Sengstock for sharing this blog with us.

Most of you probably know of the little Christmas games that are played among friends or colleagues in work. One of the most popular games is called “Secret Santa” and because we, Peru Hopsters, wanted to bring some Christmas spirit to our headquarters in Lima, we decided to play that game.

Almost on a daily basis our office-Hopsters found little and often delicious presents on their desks, and posted pictures of them into our company group chat with a “Thanks to Secret Santa-Message” before devouring their candy.

Everyone, or at least the ones who had a diligent secret Santa, was happy with their little surprises and the Christmas spirit was spreading indeed!

At the same time quite a few of us were also thinking about the many less-privileged people in the city we’re living in, and in Peru in general.

As some of our colleagues live a bit more outside of the centre in smaller non-touristic areas, they see homeless people and serious poverty every day. So we started thinking about what we could do to make a small contribution to them, especially at Christmas time.

We found out that Francisco, one of our guides, had been volunteering for quite some time in one of the poorest areas in Lima – Villa Maria del Triunfo. Without hesitation he called his contacts, and just a few hours later a plan was made!

We asked who from the staff could spare some time on the 25th of December to visit around 30 children between 2 and 12 years old to share some Christmas spirit with them… It didn’t take long until a good handful of colleagues decided to participate!

Over those next few days we bought a good amount of Panetón and chocolate milk (the classic Peruvian Christmas dessert), along with many Christmas presents, while we figured out the final details for the organisation.

Finally it was the 25th of December and six Peru Hopsters (including 1 passenger) set off to the district of Villa Maria del Triunfo. Arriving there, we realised once more the huge contrast between an area like this and popular tourist districts like Miraflores or Barranco.

Related: A Hopsters Guide To Pisco

It’s hard to imagine how many in Peru still don’t have access to running water or electricity when you see skyscrapers every day. When we drove into the area, the many houses that covered the steep hills, reminded us and humbled us. 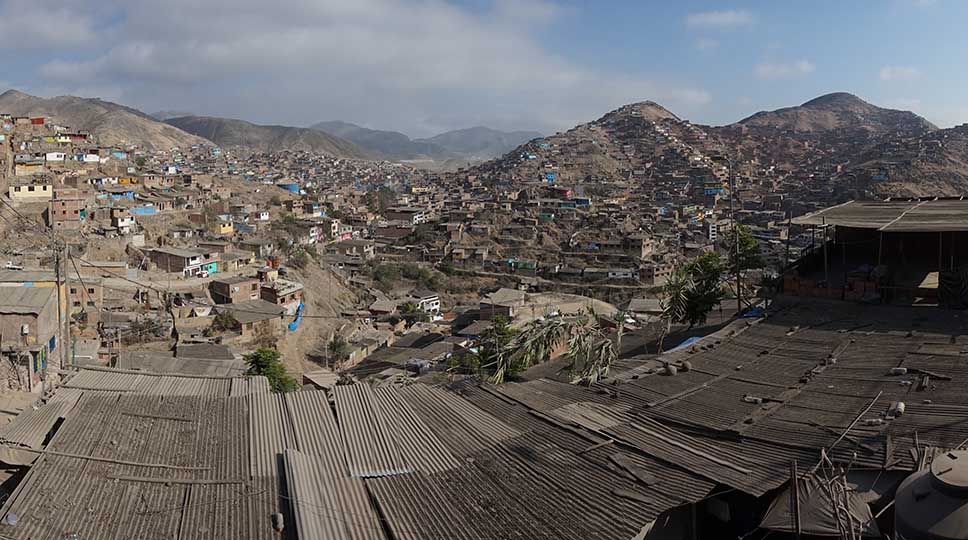 After a proper walk up the hill, we finally reached the small shack, where the little Christmas event would take place. Some kids and street dogs were already gathering so we began to get everything prepared. We quickly got to know some of the girls and boys – and we got our little Christmas party started! 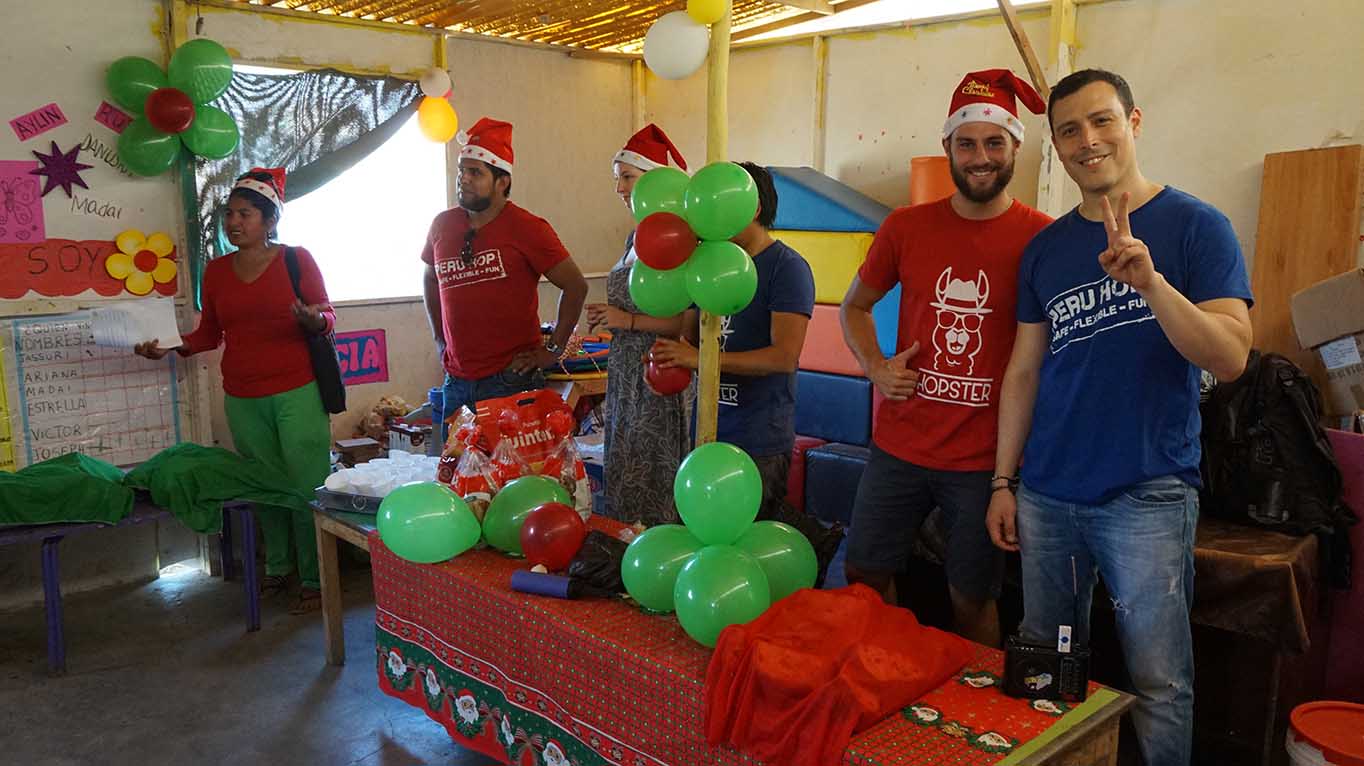 First of all everyone got supplied with a handful of Panetón, a very Peruvian Christmas dessert, which you drink in combination with hot chocolate milk.

The traditional bread/cake is filled with dried fruits and tastes even better with a little bit of butter. Soon it started smelling like (Peruvian) Christmas and the kids obviously enjoyed it.

Then finally it was time to start the gift ceremony. Francisco’s inner guide came out and he started playing a little quiz with the kids and making jokes. He got us involved and soon everybody was having a good time. One after another, they came up to the front to pick up their present. 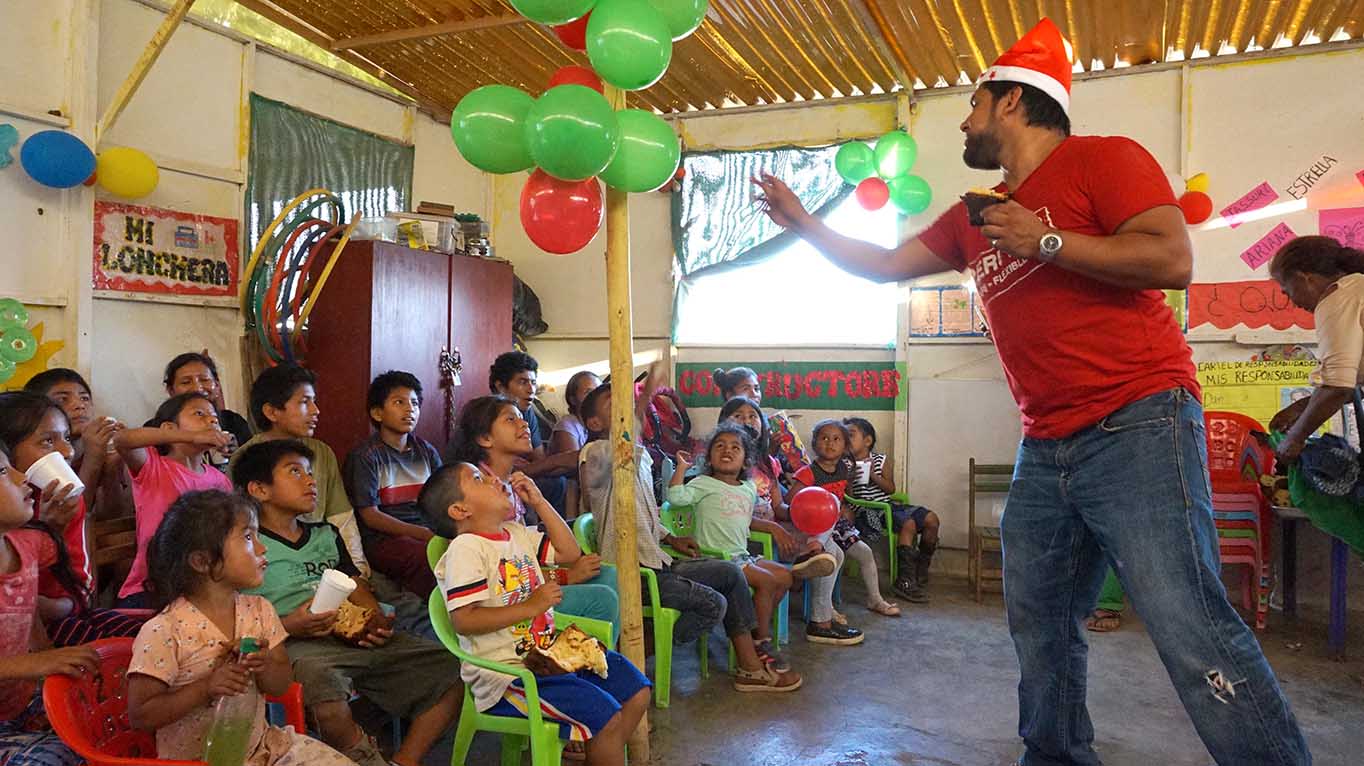 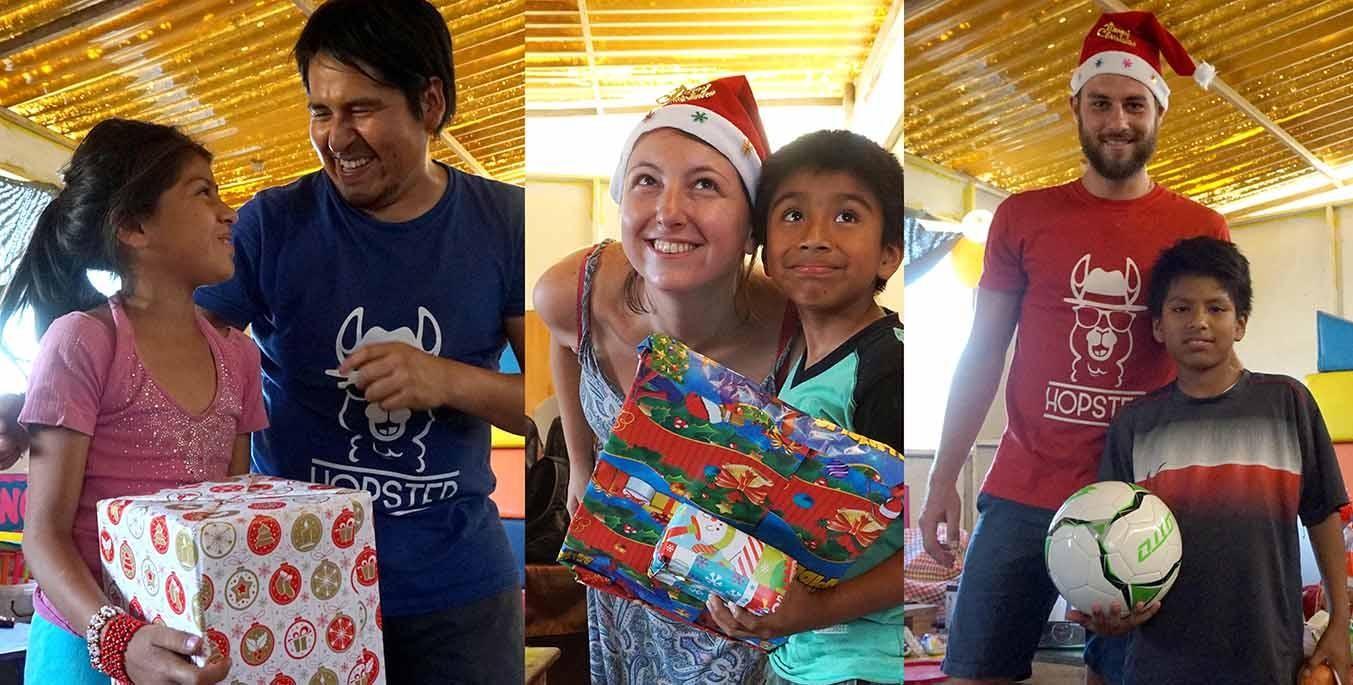 The event continued and all of us were pretty touched by the smiles on the kids’ faces. Altogether we had spent around 3 hours on the hill – chatting, eating, laughing, and having a jolly Christmas time.

When the sun started going down and it was time to leave, some of our new little friends guided us down as we headed back to the main road. 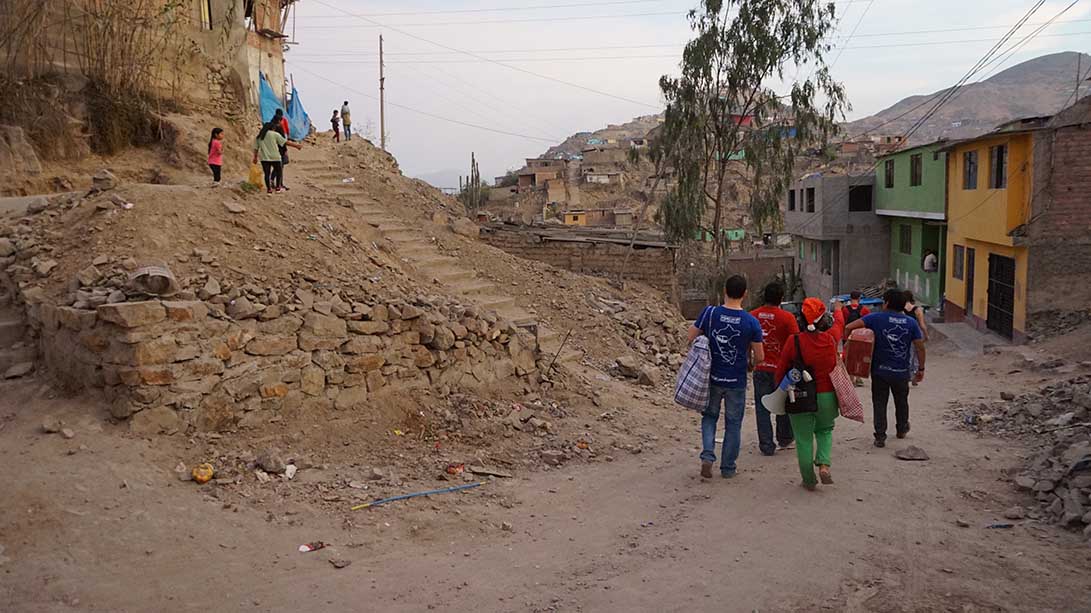 The place and the children themselves left a powerful impression on all of us.

The company supports the work of two charity organisations, but the decision to continue organising more events like this (very soon and not only for Christmas) was instantly made!

At this point we want to say thanks a lot to our local assistant Janet for helping us in organising a wonderful afternoon and to all our Peru Hop Volunteers (Francisco, Lisa, Walter, Hector, Stefan, Paul) for their time and effort!

Paul Sengstock, a German marketing professional and photographer living and working in Lima, Peru. Follow him on Instagram (@dreh_paul).