All You Need To Know About Ceviche

Ceviche has been declared a part of Peru’s national heritage but nowadays you can find many versions of it across the world.

What is it really about?

Ceviche, which is often spelled ceviche or cebiche, depending on which part of South America it comes from, is basically raw fish and seafood marinated in citrus juice, mainly lime and lemon juice. The acid in the citrus juice coagulates the proteins in the fish, effectively cooking it, so it’s not heated, and it’s served cold or at room temperature.

Many different fish and shellfish can be used in preparing it. Snapper, sea bass, halibut, mah-mahi and tilapia are popular fish for making ceviche. Other seafood components can include shrimp, scallops, squid and octopus.

It can be eaten as a first course or main dish, depending on what is served with it. It seems as though there are as many varieties of ceviche as people who eat it.

Where does it come from?

Ceviche might have originated among the Moche, a coastal civilization that began to flourish in the area of current-day northern Peru nearly 2000 years ago. The Moche apparently used the fermented juice from the local banana passionfruit. Recent investigations further show, during the Inca Empire, fish were marinated with the use of chicha, an Andean fermented beverage.

Different chronicles also report, along the Peruvian coast prior to the arrival of Europeans, fish was consumed with salt and “ají” Furthermore, this theory proposes the natives switched to the citrus fruits brought by the Spanish colonists, but the main concepts of the plate remain essentially the same.

Looking to learn how to make traditional Peruvian Dishes? Check out this top-rated cooking class in Lima, a unique hands-on lesson and best part of it all is that no experience is needed!

How to make it: 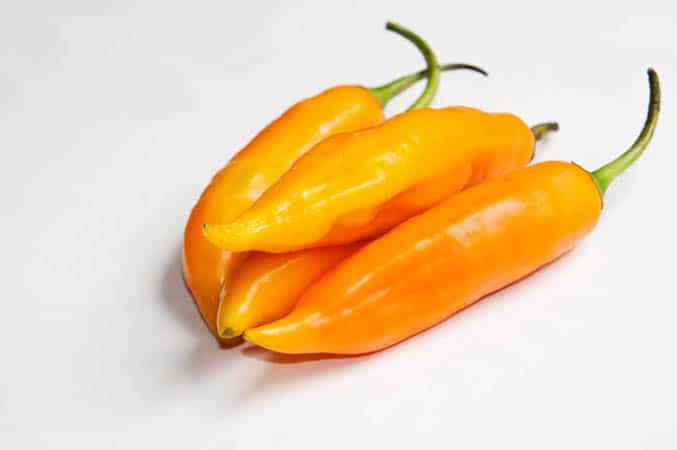 *Ají amarillo is a fruity pepper really popular in Peruvian cooking. They’re difficult to track down in other countries, but you can order them dried online, or find them frozen in South American shops

If we are outside operating hours, we will call you as soon as we open again
Important: Our team will contact you via phone .
Note that phones operate from 9am to 7pm Peruvian time (Peruvian time now is: 7:29 pm)