October is the month of Señor de los Milagros in Peru. If you don’t preach the catholic faith this is still a cultural celebration worth experiencing!

For Peruvians, October means only one thing: El Señor de Los Milagros (The Lord of the Miracles), a catholic holiday that extends throughout all of Peru, finding its origin in Lima. In fact, it is one of the most popular religious celebrations in Latin America, drawing thousands of visitors every year. . If you visit Peru in October the procession of El Señor de los Milagros is practically a mandatory stop on your route. Even if you don’t follow the catholic faith, this is a cultural manifestation that is worth getting to know. In this article, we will share everything about the celebration of Peru’s Patron with you.
Quick Tip: If travelling to or from Lima Airport, it is strongly recommended to use the luxury Airport Express Lima. bus to get to or from your hotel. Safer and cheaper than a taxi with no baggage limit as well as free Wi-Fi and USB chargers onboard, it is ideal for travellers.

The story tells that the image of the Cristo Moreno (Brown Christ) was painted by a slave of angolese provenance on a small adobe wall in the Barrio of Pachacamilla in the center of Lima. The devotees, mostly slaves, started to congregate around the image and began to worship it, building a small temple around it. During the earthquake of 1655 all the structure collapsed, except for the small wall where the image was painted. As Lima is a city prone to experiencing earthquakes, this occurrence repeated itself several times throughout the years. After each earthquake the image of El Señor de los Milagros remained undamaged. This resulted the existing adoration to continue to grow. 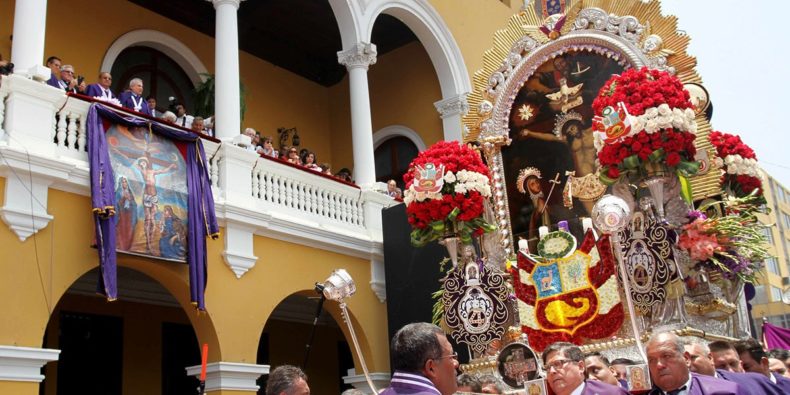 El Señor de los Milagros is celebrated during the entire month of October. The specific celebrations are: Traditionally, on the first Saturday of October the image departs from the Monasterio de las Nazaneras in the center of Lima to march the streets of the city, arriving to the Santuario de las Nazarenas in the night. In the last procession (on the 1st of November), it parts from the Santuario to the Monasterio for the year. This holiday is in October in commemoration of the first time that a replica of the image of Christ toured the streets of Lima, after the earthquake of October 20, 1687. This earthquake crushed Lima and Callao, and the place where the image was was destroyed all except for the wall where El Señor de Los Milagros rested. Because of this, a replica of the painting was made and paraded down the streets by supporters. This is a tradition that has been repeated every single year since the tragic earthquake.

Why Peru Hop is being celebrated for its COVID-19 protocols

Find out why this company is still the best option to discover the real Peru!

Why is El Señor de los Milagros Important to Peruvians?

El Señor de los Milagros is the Patron of Peruvian Residents and Immigrants. With thanks to the supporters, both those who live in Peru and those who have emigrated, the tradition and celebration of this holiday has spread and now it is celebrated by Peruvians all over the world every October. As the tradition is celebrated in hundreds of cities worldwide, it is recognized by the local authorities in some of the places. Every year, thousands of Peruvians, along with foreigners and tourists, join to celebrate the Christ whose image remained standing.
Quick Tip: If you want to keep your budget and access incredible off the beaten track locations, use Peru Hop! Every ticket gives you exclusive access to unbelievable discounts, free tours, and incredible locations! Perfect for every kind of traveler.
October is known as the “purple month” thanks to the nuns of the congregation Madres Nazarenas Carmelitas Descalzas. They are the ones in charge of custody the image of El Señor de los Milagros and their clothes are purple, like the color of El Nazareno. When you visit the streets of the center of Lima in October, you’ll notice many purple ornaments, as well as the people dressed in purple as an offering to their Patron.

Even though there are brotherhoods of El Señor de los Milagros in Lima almost in every district, it’s not the only place where it’s celebrated. There are brotherhoods in Huacanyo, Piura, Tumbes, Tacna, Trujillo, Arequipa, Iquitos, Huaraz, Huaral, Chosica, Ayacucho, Cañete and Cusco. In the cities that have a lot of Peruvians immigrants it is also common its tribute. It’s celebrated in The United States, Argentina, Colombia, Chile, Bolivia, Spain, France, Panamá, Venezuela, Canada, Italy, Brazil, and Germany.

The traditions in honor of El Señor de los Milagros

There are special traditions around the holiday of El Señor de los Milagros that, as a tourist, you surely want to know. For example, even though it’s a traditional Peruvian candy, in October the consumption of “mazamorra morada” (purple pudding) in honor of the image of Christ increases dramatically. It is also the month of the Turrón de Doña Pepa (a very especial nougat), another traditional candy with a very curious story: Mrs. Josefa Benitez, fondly called Doña Pepa, was a black slave in Cañete, not far from Lima. One day she lost mobility in her arms and since she was unable to work, she was freed. Mrs. Josefa had heard about El Señor de los Milagros, so she traveled to Lima to see the image, participate in the procession and pray for her health. The story tells that Doña Pepa recovered the movement in her arms and that night she dreamt about the recipe of a candy made with cornstarch and honey. 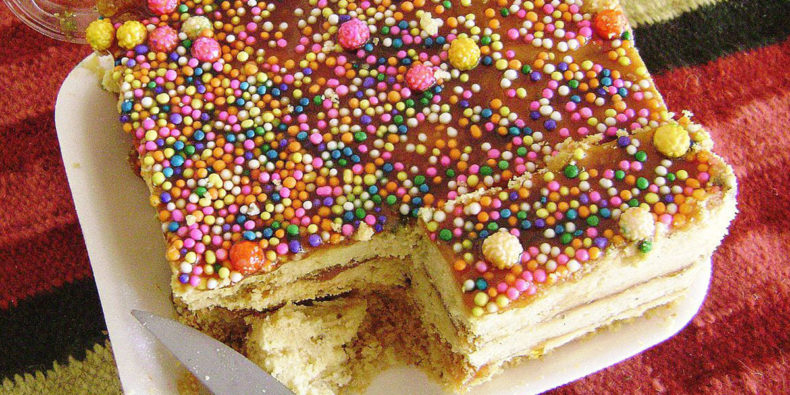 The next morning she took her sweet to the celebration and handed it out through the devotees, telling them about what had happened. From that moment on, she prepared it every year, then her children and grandchildren kept the tradition. Nowadays it is common to buy this nougat in any candy store in Lima. Like these, there are many more stories of miracles attributed to this Cristo Moreno, also known as Señor de los Temblores (The Lord of Tremors) for its connection with the earthquakes in Lima. Did you find this story interesting? If you walk around the idea of coming to Peru in October make sure to include in your itinerary a moment dedicated to El Señor de los Milagros. We can help you perfect your travel plans completely free of cost. It is a pleasure for us to help you get to see and experience all the natural and cultural wonders of Peru. Contact us.
FIND OUT WHY

Book your flights today and travel on the safest travel company in Peru!